Utopia of the Seas Review 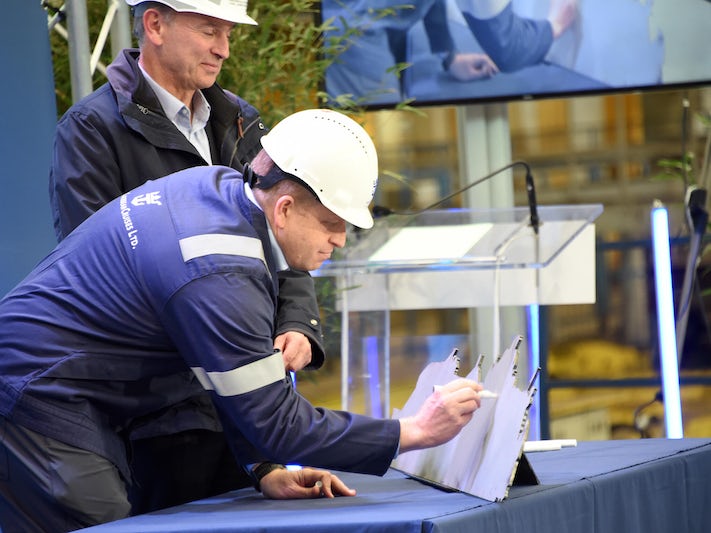 Scheduled to launch in spring 2024, Utopia of the Seas will be the sixth giant cruise ship in Royal Caribbean International's Oasis Class. Expected to carry more than 6,700 passengers, the line recently unveiled the name of the new ship from a list of nearly 25 others that had been trademarked as possibilities. Utopia of the Seas will be the first ship in its class powered by environmentally-friendly Liquefied Natural Gas (LNG).

Royal Caribbean has released scant details of the latest ship in the record-breaking Oasis Class, which recently saw Wonder of the Seas take the title of the world's largest cruise ship. Whether or not Utopia will top Wonder in the size stakes remains to be seen, however passengers can expect to see some familiar and all-new features.

Following the traditional steel-cutting ceremony for the ship held in April 2022, Royal Caribbean President and CEO Michael Bayley gave a strong hint that there would be plenty of innovations on Utopia of the Seas.

He said: "On the sixth Oasis-class ship, vacationers can look forward to the signature combination of Royal Caribbean experiences and many brand-new adventures that has and will continue to make the Oasis class of ships the ultimate vacation for guests of all ages."

Wonder of the Seas' eight neighborhoods included the brand new Suite Neighbourhod, marking the line's first foray into an exclusive ship-within-a-ship concept. So it is expected that sister vessel Utopia of the Seas could follow suit. Similarly, there could be tweaks to public areas including the pool deck which was redesigned for Wonder of the Seas to provide a resort-like feel.

Favorites that are likely to stay include the robotic bar, FlowRider surf simulator and waterslides.

Until more details are released the line said: "Royal Caribbean’s game-changing Oasis Class redefined cruising with the introduction of Oasis of the Seas in 2009. Today, these ships are known as the ultimate vacations for families and travelers of all ages. With the recent debut of Wonder of the Seas, the renowned class continues to push what is possible with innovations across every aspect of the cruise experience -- from unparalleled thrills to original entertainment, and now a transition to cleaner energy."

Utopia of the Seas is Designed to Use Eco-Friendly Fuel

Under construction at the Chantiers de l'Atlantique shipyard in France, Utopia of the Seas will be powered by LNG, which is currently considered to be the cleanest marine fuel. Royal Caribbean's Icon of the Seas, the first in the all-new Icon Class, will become the line's first LNG ship when it debuts in 2023. Utopia of the Seas will also feature the latest technology to save energy and further reduce emissions and more details will be released at a later date.

Want to Be Onboard First? Utopia of the Sea's Maiden Voyage Is Slated For 2024

Utopia of the Seas is scheduled to set sail in spring 2024, although for now there is no firm date so would-be passengers will have to wait a little longer before they can book a cruise.

Utopia of the Seas Itineraries Have Not Been Announced

Again, it's a case being patient to find out where Utopia of the Seas will spend its inaugural season. Royal Caribbean has yet to announce the homeport for the new vessel or where it will sail in 2024.