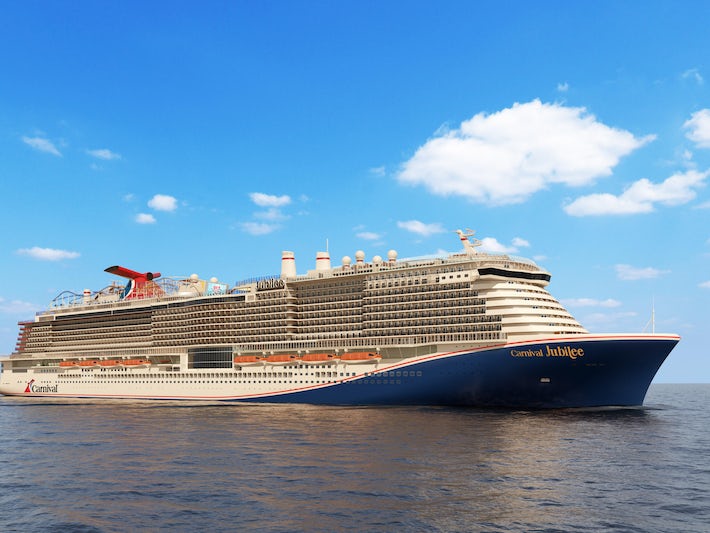 When it debuts in October 2023, the 5,400-passenger Carnival Jubilee will become Carnival Cruise Line's third Excel-class vessel and sister to ship to Mardi Gras and Carnival Celebration. It will homeport in Galveston, becoming the largest Carnival ship based at the Texas por.

Carnival Jubilee is currently under construction at the Meyer Werft shipyard in Turku, Finland. The ship will share features from its two siblings which include six themed indoor areas, BOLT, the first roller coaster at sea, 20 different cabin categories and a three-deck atrium overlooking the ocean that converts to an entertainment venue at night.

The ship will also be powered by liquefied natural gas (LNG) as part of Carnival's commitment to sustainability and emissions reduction.

Carnival has said the ship will also feature some "surprises" that will be revealed at a later date.

Want to Be Onboard First? Carnival Jubilee's Maiden Voyage Is October 2023

Carnival Jubilee sets sail on October 30, 2023 on its inaugural voyage from Southampton, U.K. The 17-night transatlantic voyage will call at the Port of Vigo in Spain, Las Palmas and Tenerife in the Canary Islands, Funchal in Portugal and Grand Turk, before arriving at the Port of Galveston, Texas.

Beginning November 18, 2023 through August 2023 Carnival Jubilee will sail six-night Western Caribbean itineraries from its homeport of Galveston that will feature three sea days and stops in Cozumel and Costa Maya, Mexico; and Roatan Island, Honduras.

Get Carnival Jubilee price drops
250,000+ people have entered their email

Find a Carnival Jubilee Cruise from $519