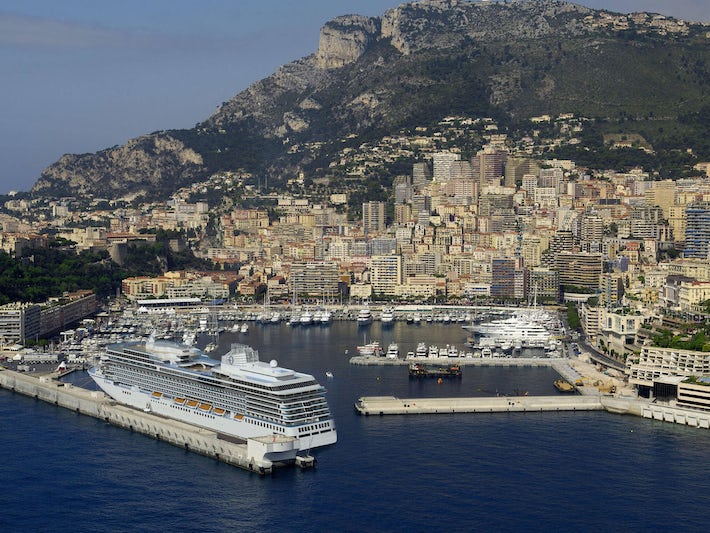 When it debuts in 2023, Oceania Vista will be the first of two new 1,200-passenger Allura-class vessels with the second due for delivery in 2025. Named to reflect "a new age in travel", and with design input from officers and crew members, the all-balcony accommodations will also feature a new cabin category for solo travelers.

Here are the details you need to know about the seventh ship to join the Oceania fleet.

Designed to reflect the glamorous Belle Epoque era of 20th century Paris, a standout feature on the 11-deck Oceania Vista will be the Grand Dining Room with ceiling that is almost two decks high. Other "signature" public spaces will include the lobby with a sweeping staircase and dramatic crystal pillar and the Grand Lounge decorated in a gold-infused color palette. Elsewhere, the multi-purpose venue Horizons: A View of the World -- a lounge bar, afternoon tea and entertainment space -- will have floor-to-ceiling panoramic windows to provide 180 degree views.

The 12 dining experiences on Oceania Vista will include the new Ember restaurant, open for lunch and dinner and serving American cuisine, and Aquamar Kitchen, open for breakfast and lunch with an emphasis on health-focused dishes.

In a first for Oceania, the 612 cabins will a new category of Concierge Level Veranda staterooms dedicated to solo travelers. The six cabins, measuring 270 square feet, will have a seating area, separate bedroom, bath tub and perks including a free laundry service and access to the exclusive Concierge Lounge.

Set high up on the ship, with 180 degree views, the eight Vista Suites will offer 1,450 to 1,850 square feet of living space including a dining room and bar area that opens onto the teak veranda. The largest accommodations on the ship will be the three Owner's Suites measuring 2,400 square feet and spanning the full width. Styled by Ralph Lauren Home, the double-doored entry leads into a foyer, dining room, living room and cocktail bar. The master bedroom, with its own balcony, has a bathroom with a tub and an ocean-view shower. All Vista Suites and above have 24-hour butler service and there will be high levels of service throughout the ship with two crew members for every three passengers.

Constructed at Italy's Fincantieri shipyard, Oceania reached out to its thousands of officers and crew for suggestions that have helped shape Oceania Vista from design to reality. Bob Binder, the line's President and CEO, said: "Our officers and crew are always bringing great ideas to the forefront and then implementing them. They are the ones who made Vista possible, and it is a credit to them, these true visionaries of the seven seas, that we name the ship for them, in their honor."

Want to Be On The First Sailing? Oceania Vista's Maiden Voyage Is May 2023

Oceania Vista sets sail May 20, 2023 on its inaugural voyage, an 12-night cruise that starts in Trieste, Italy and ends in Athens, with calls in Split, Croatia; Bari, Italy; Kotor, Montenegro; Mykonos, Philippi, Santorini and Rhodes, Greece; Kusadasi, Turkey and an overnight in Istanbul.

What Itineraries Will Oceania Vista sail?

During the first part of the 2023 maiden season, the ship will sail in the Mediterranean and French Riviera. In August, Oceania Vista will set sail on a transatlantic crossing from Southampton to New York before sailing to Canada and spending the rest of 2023 cruising between Los Angeles and Miami with a transit of the Panama Canal.

Oceania Vista will be 67,000 gross tons and carry 1,200 passengers at double occupancy capacity, with 800 crew.