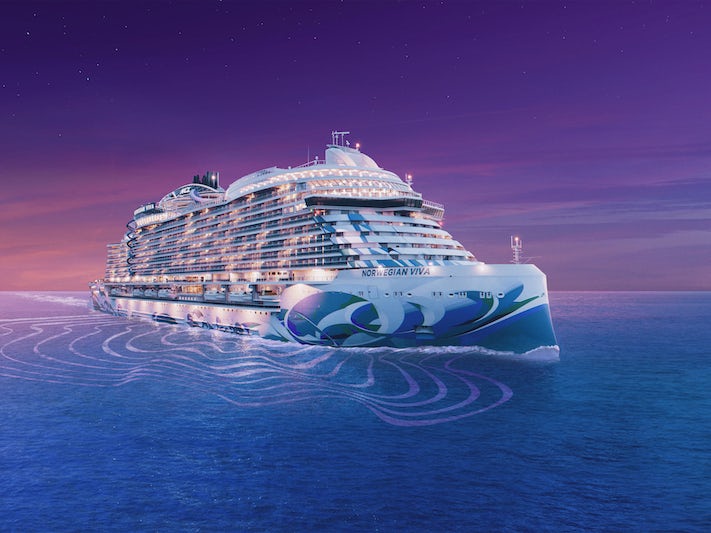 Set to launch in July 2023, Norwegian Viva will be the second Prima-class ship to debut from Norwegian Cruise Line. The 3,219-passenger ship will feature many of the new concepts that Norwegian is introducing on Norwegian Prima in 2022.

Norwegian Viva Deck Plans Include Plenty of Restaurants, Outdoor Space, Plus a Racetrack and A Slide

Norwegian Viva will follow the pattern set out by Norwegian Prima, where The Haven -- the line's more upscale "ship within a ship" – is laid out at the back of the ship. This makes Norwegian Viva look more like a Miami condo building than a typical cruise ship.

Thrill-seekers will be happy to know that the popular top deck go-cart track will reappear on Norwegian Viva; the Viva Speedway will span three levels. Norwegian Prima will also have two freefall drop dry slides, The Rush and The Drop.

Other notable features on the deck plan include Ocean Boulevard, a 44,000-square-foot outdoor walkway that wraps around the entire ship with pools and restaurant; The Concourse outdoor sculpture garden; Indulge Food Hall with 11 different eateries; the Oceanwalk glass bridges and Infinity Beach.

Want to Be Onboard First? Norwegian Viva's Maiden Voyage Is July 2023

Norwegian Viva sets sail July 3, 2023 on its inaugural voyage, a nine-night cruise that starts in Trieste, Italy and ends in Athens.

Once Norwegian Viva makes its first sailing, the ship will continue to sail eight, nine and 10-day cruises from Venice (Trieste), Rome (Civitavechhia) and Athens (Piraeus). The European Med season will take place through November 6, 2023.

When Norwegian Viva comes to the Caribbean, it will become the largest ship to homeport in San Juan, Puerto Rico. The ship will sail weeklong cruises through March 2024 that stop in the British Virgin Islands; Antigua; St. Maarten; Barbados; St. Lucia and the U.S. Virgin Islands.

Get Norwegian Viva price drops
250,000+ people have entered their email

Find a Norwegian Viva Cruise from $948