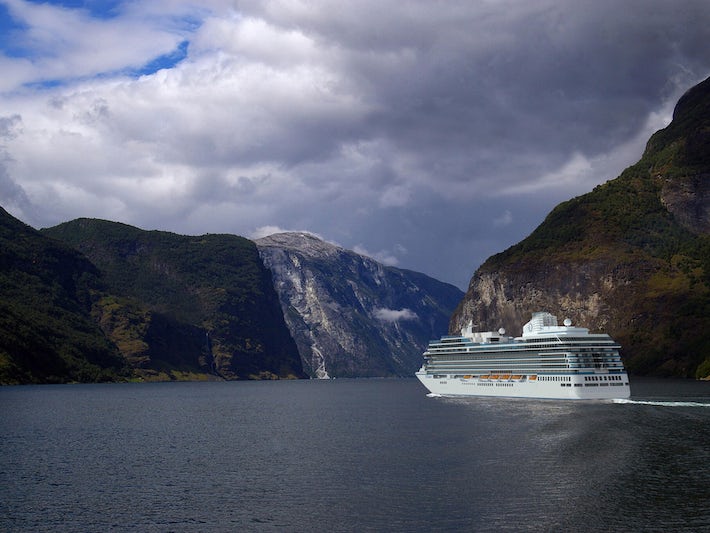 In March 2021, Oceania Cruises announced plans for a seventh vessel, the Allura-class Vista, debuting in early 2023. Vista is currently under construction at Fincantieri’s Sestri Ponente shipyard in Italy, where the line’s Riviera and Marina were also built.

The 1,200-passenger Vista will be joined by an as-yet-unnamed second ship in 2025 and follow the same upmarket hallmarks that Oceania has become known for, including fine cuisine that is likely to see partnerships with top chefs and sommeliers and food and wine pairing dinners overseen by the line’s executive culinary director Jacques Pepin.

Vista will offer a total of 10 dining venues, including the glamorous Grand Dining Room, a (almost) two-deck restaurant that will take inspiration from early 20th-century Parisian society.

The 67,000-ton Vista will carry 800 crew, with two crewmembers to every three passengers.

More details will be revealed about Vista’s restaurants, cabins and public spaces in May 2021.

The inaugural voyage will go on sale in September 2021.

Get Vista price drops
250,000+ people have entered their email