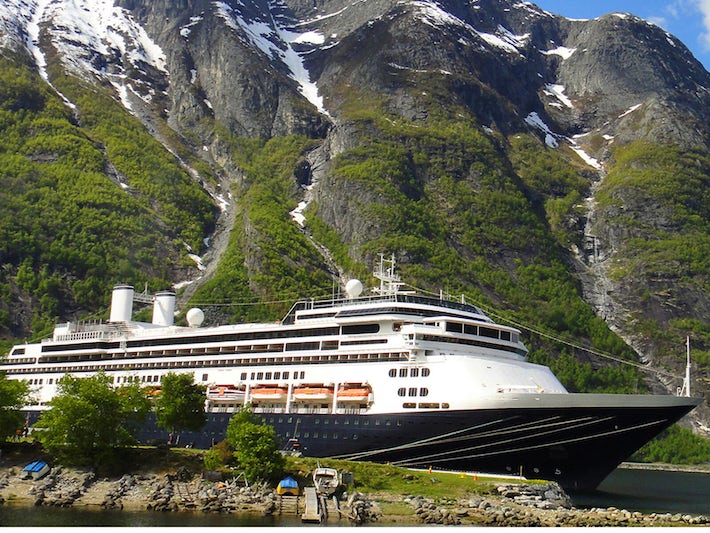 The 1,338-passenger Borealis is one of a pair of near identical ex-Holland America Line ships acquired by Fred. Olsen Cruise Lines in 2020 in a move that simultaneously marked the retirement of Fred.'s Boudicca and Black Watch.

Both with 690 cabins and carrying the same number of passengers and crew, Borealis was launched in 1997 as Rotterdam, the first of HAL's Rotterdam (R) class vessels. Sister ship Amsterdam, now renamed Bolette, was the fourth and last R-class vessel and both were built at Italy's Fincantieri shipyard.

Its new name was first carried by an Olsen-owned vessel in the 1940s and inspired by the Aurora Borealis. The latest Fred. ships are the largest in the line's four-strong fleet that offers a traditional style of cruising to mainly mature British passengers. Borealis will sail almost exclusively from Liverpool across the 2021 and 2022 season.

The cabins, which come in 12 categories, are located across five decks and range in size from 140 square feet to 644 square feet in the top Premier Suites. There are more than 50 single cabins, with grades ranging from Inside to Balcony Suite, along with wheelchair accessible staterooms and some cabins with bathtubs. There are also three and four-berth cabins.

In common with Bolette, Borealis also has six restaurants and 11 bars and lounges. The main restaurant spans two decks and is a classic and elegant venue with a choice of table sizes and seating options. Meals in this dining room, along with the buffet restaurant, are included in the fare and passengers can also pay a supplement to book tables in the smaller speciality restaurants.

The main entertainment venue is the two-tier show lounge and there is also live entertainment, such as music and comedy, in other bars and lounges. The ship also has a culinary theatre which hosts cookery classes and demonstrations.

Borealis also has two swimming pools -- one with a retractable roof -- a pair of hot tubs and a spa with nine treatment rooms, a hydro pool and two saunas. Outside there are tennis and basketball courts.

There are lifts to all passenger decks, a for-fee laundry service with washing collected and delivered to cabins and a self-service laundry where passengers can purchase tokens to use washing machines and dryers. There is onboard Wi-Fi and a variety of Internet packages can be purchased.

Borealis' maiden voyage will be from Liverpool for three nights on July 25.

Get Borealis price drops
250,000+ people have entered their email