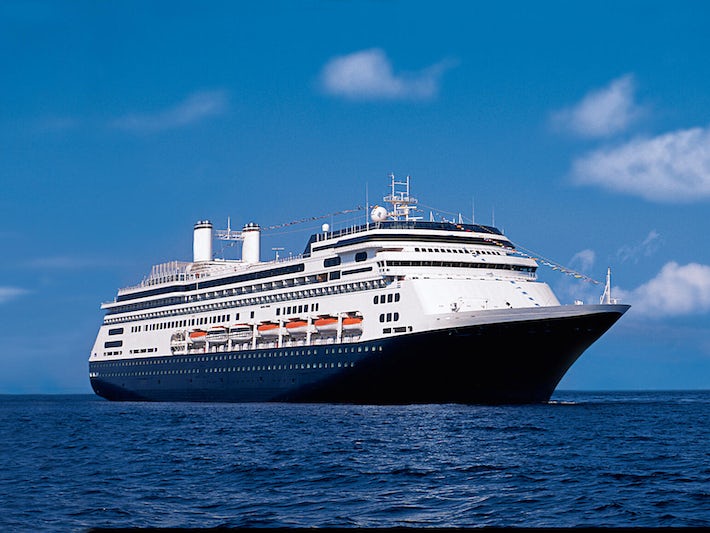 Fred. Olsen Cruise Lines has revamped its fleet with the addition of the 1,338-passenger flagship Bolette. One of two vessels -- Amsterdam and Rotterdam -- purchased from Holland America Line the ships will replace Boudicca and Black Watch which were retired from the line following the acquisition.

Renamed Bolette and Borealis, after two previous Fred. ships, they joined the fleet in September 2020 to become the line's two largest vessels and Bolette, formerly Amsterdam, will set sail under its new flag in March 2021. The family-run Norwegian-owned line caters mainly to mature British passengers with a classic style of cruising on its four-strong fleet of small and mid-size ships.

The ship was built in 2000 at the Italian Fincantieri shipyard as the fourth and last ship in HAL's Rotterdam (R) class) and refurbished in 2015. Bolette's 690 cabins are situated across five decks and divided into 12 categories. They range in size from interior cabins which measure 185 square feet to 575-square-feet Premier Suites. Bolette has more than 50 single cabins, with grades ranging from Inside to Balcony Suite, plus wheelchair accessible accommodation and staterooms with bathtubs.

Offering more public space than Boudicca and Black Watch, Bolette has six restaurants. The main dining room is a grand two-tiered venue with a variety of seating options. There is also a relaxed buffet restaurant, included in the fare, and smaller speciality restaurants which can be booked for a supplement.

The 11 bars and lounges include a split level show lounge for after-dinner entertainment and smaller bars and lounges; some of them also featuring live music and comedy.

Other facilities on Bolette include two swimming pools -- one with a retractable roof and the other overlooking the aft of the ship -- two hot tubs and a spa with a thermal area, hydro pool, two saunas and nine treatment rooms. There are also tennis and basketball courts and a culinary theatre used for cookery classes and chef demonstrations.

Wi-Fi is available throughout the ship for an extra fee and a variety of Internet packages are available. All passenger decks are served by lifts. The ship has a self-service laundry, with washing machines operated by pre-purchased tokens, plus ironing boards. A cabin laundry service is also available, at additional cost.

The dress code on Bolette is casual by day and smart casual in all restaurants at night, aside from the buffet which is casual. There are one or two formal black tie nights depending on the cruise duration. A themed British night is a popular addition to most sailings of more than five nights, where passengers have the option to dress in red, white and blue.

Bolette's maiden voyage will be a seven-night Scotland and Ireland itinerary departing from Southampton on March 5, 2021, followed by a series of ex-U.K. sailings to destinations including the Mediterranean, Norwegian fjords and Baltic. In 2022 Bolette will sail in South America.