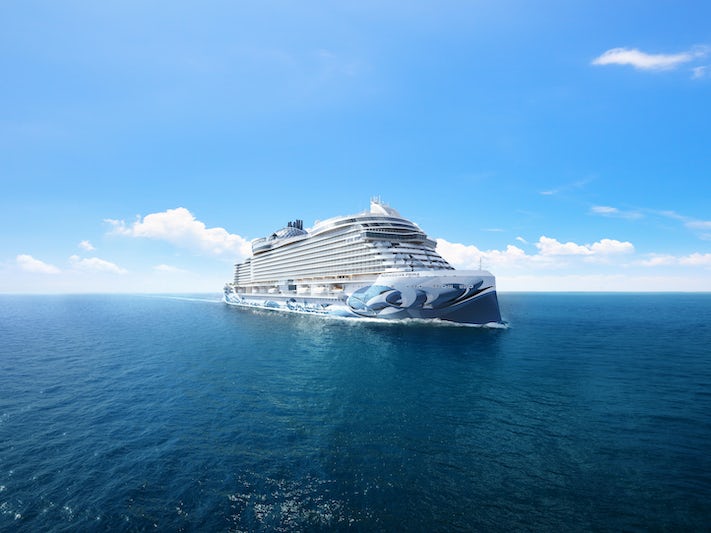 Introduced as the first ship in NCL's Prima Class in 2022, Norwegian Prima is purposely designed to feel like a swanky resort instead of a cruise ship. It succeeds in giving off that feel, thanks to its minimalist modern design, cool small spaces that create an intimate atmosphere and brilliant outdoor Ocean Boulevard promenade, which is the spot everyone will want to be.

At 3,099 passengers, it's blissfully smaller than the 4,000-guest ships of Norwegians' preceding Breakaway and Breakaway-Plus classes. This, along with a smart design that puts all the fun stuff in the middle of the ship, makes it easy to navigate; you'll learn your way around the ship by Day 2.

Highlights on the ship include the sophisticated Penrose Atrium, a three-deck modern atrium that is always hopping, the introduction of new included dining options in Indulge Food Hall, the high-quality entertainment and abundance of activities. The Haven -- Norwegian's luxury ship-within-a-ship suite complex -- is the best yet on Prima.

Norwegian Prima gives us some pause when it comes to excess fees, however, which are charged for things like specialty restaurants, mini-golf, go-kart racing, darts, and virtual-reality gaming. Fees are just a part of the Norwegian Prima experience, for better or worse

Still, Norwegian Prima moves NCL into new territory. It's an evolution for a cruise line that has been on the path of reinvention for the better part of a decade.

The Norwegian Prima deck plan is loaded with places and features to keep every passenger busy and happy. Rather than massive spaces, Norwegian Prima has multiple small spaces designed to feel more intimate.

For the adrenaline lover, the ship's top decks are the spots to be hanging out. Here, passengers will find a three-level go-kart track, entrances to a water slide and two dry slides, a mini-golf course, a fun gaming space called The Stadium and a virtual reality arcade, called the Galaxy Pavilion.

The downside of this is the activities cut into the pool deck, which has a tiny pool and only a small amount of space to lounge.

If you want more space and additional pools, head to the Ocean Boulevard on Deck 8, which is gorgeous and a spectacular alternative to the tight space up top.

All of the ship's restaurants, including the stunning main dining room Hudson's, are located at the aft (back) of the ship. Bars tend to be more centrally located, including a number around the three-level atrium (decks 6 through 8), which gets busy at night pre- and post-dinner.

The main theater, Prima Theater & Club, is located all the way forward on decks 6 and 7. This is a multiuse space, with seats that can be removed to turn this spot into a late-night dance club. Fans of live music won't want to miss Syd's Pour House, which has nightly shows, including a full rendition of Fleetwood Mac's Rumours album.

Norwegian Prima cabins offer options of all types, from cozy solo interiors to large family suites. All cabins are bigger than you're likely to see on other Norwegian ships, and we were impressed with the space of our balcony cabin, which gave us room for working (and even yoga!).

Norwegian Prima's modern, sophisticated cabins are a cut above what you'll find on the cruise line's other ships.

Norwegian Prima stands apart because of its massive Haven suite complex, as well as a Studio area devoted to solo travelers. Both come with private access and areas to mingle with fellow passengers.

Most of the cabins onboard feature balconies, and we like that these felt big -- we really wanted to spend time on our veranda, sitting in the comfy chairs as we sailed. A ship that appeals to families, Prima offers an impressive number of family options that fit all sorts of budgets.

Norwegian Prima cabins to avoid include any room above or around the ship's theater, which doubles as a night club and can be loud late into the night.

Also, if you are concerned about noise or balcony obstruction, don't book cabins near the Drop or the Rush slides, between decks 8 and 16, as the slides pass clean through some balconies.

Norwegian Prima takes a novel approach to dining, offering two main dining rooms (Hudson's, open for breakfast, lunch and dinner) and the smaller Commodore Room (dinner only) that share the same menu, and this menu doesn't change from day to day. This is different than we see on most cruise ships, where the MDR menu rotates daily. It works on Prima because there are so many other restaurant options (including free venues) from which to choose.

If you eat every night in the MDR, you'll likely have enough choice to keep you happy, and the dishes offered are very good.

Indulge Food Hall is a concept introduced on Norwegian Prima. This spot is actually a true food hall, made up of 11 restaurants. Options here range from noodles (Nudls) to snacks (Tapas) and barbecue (Q Texas Smokehouse). Restaurants here are included in your cruise fare, with the exception of Starbucks and Coco's.

Prima additionally offers a buffet and included pub (with comfort food), as well as a large number of specialty restaurants that run the gamut from sushi to Mediterranean and Italian or hibachi.

For the latest information on testing, masking, and vaccination on Norwegian Prima, please refer to NCL's website. Visit Cruise Critic's guide to health requirements to find out about all cruise line polices as we know them.

Sleek, modern ship that feels more like a resort than cruise ship.

You'll pay extra for many activities, and you'll need reservations for most everything.

A top-notch cruise ship that has much to offer for all ages, but fees can add up.

Not Included on Norwegian Prima:

Who Is On Board Norwegian Prima?

Norwegian Prima appeals to families, thanks to its swath of activities, kids programming and clubs and variety of cabins and configurations available for families. But it's also a good pick couples and groups of friends cruising together. Because of its solo cabins and devoted solo studio space, Prima is popular among single travelers who want to cruise but don't want to pay a single supplement. Gatherings for LGBTQ+ travelers are held throughout the cruise.

Get Norwegian Prima price drops
250,000+ people have entered their email

Find a Norwegian Prima Cruise from $449

Where does Norwegian Prima sail from?

Where does Norwegian Prima sail to?

How much does it cost to go on Norwegian Prima?

Cruises on Norwegian Prima start from $449 per person.

Is Norwegian Prima a good ship to cruise on?

I loved my 11-night cruise (Oct. 31 - Nov. 11) on the Norwegian Prima. I usually cruise with Celebrity but I think the Prima out-Celebrities Celebrity.Read More
RWilbourn

Had a Prima shopping bag from the New York Travel show in January got some compliments Norwegian could have made a killing on that alone.Read More
ClydeH

Overall, the Prima is an interesting take on the cruise ship design - but fills the traditional Norwegian experience - which I always feel is middle of the pack in the cruise ship market.Read More
Papermoon4

The Prima is definitely different and we’re already booked on the Viva for the Mediterranean.Read More
littlelulu01