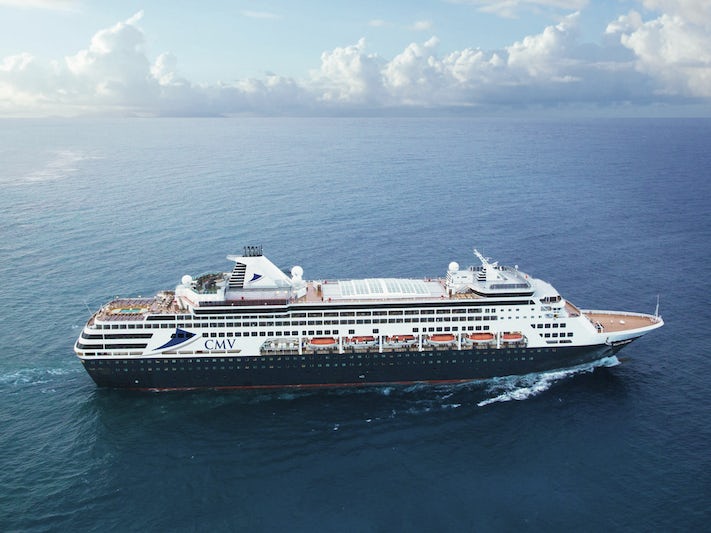 Editor's note: This ship is now owned by Nicko Cruises after CMV went bust in 2020.

This well-travelled, compact ship has created many happy memories for thousands of past passengers, so it will have nostalgic appeal for many cruisers. Since it was transferred from P&O Cruises in Australia, where the ship sailed as Pacific Eden, the new British owners have made a few tweaks. These changes include a smaller casino, no kids' clubs, 40 solo cabins and the renaming of most of the public venues.

Don't be put off by its age as all interior spaces and cabins have been refreshed over the years -- most recently in 2015 -- and kept in good nick. The ship does not boast the latest technology or entertainment but neither is it promoted as cutting edge. Vasco da Gama's distinct style is traditional and, as such, has much appeal for mature cruisers who are unimpressed by ‘bells and whistles' and appreciate good old-fashioned personal service and a quieter shipboard atmosphere.

Of the five vessels in the CMV fleet, Vasco da Gama is the most Australian-friendly, with AUD onboard currency when in local waters and AU/NZ 240V power outlets in tandem with EU 220V two-pin sockets. The ship alternates seasons with CMV's German partner in Europe, which is why passengers will see some pamphlets in both languages.

While CMV recognises the popularity of multigenerational cruising for Aussies and New Zealanders, Vasco da Gama has no dedicated facilities for under-18s, so if you are looking for a lively family experience, this is not the ship for you.

Some features may not meet expectations of modern cruisers

A classic cruise experience that remains relevant despite the ship's age

Fellow passengers will be outside the normal CMV demographic of mature cruisers during the Australian and New Zealand summer season. While not explicitly targeting a younger clientele, CMV is nevertheless reaching out to Australians who like group holidays so you can expect to see adult families travelling together, sometimes with children. If numbers are sufficient, CMV may arrange activities for kids.

The ship is also attractive to mid-life and first-time cruisers, as well as older passengers with walking aids and wheelchairs.

Daytime: Casual clothes are suitable in all areas of the ship.

Evening: The daily program will advise the dinner dress code, although on most occasions smart casual attire is appropriate. Formal wear is requested for the Captain's cocktail party. There are no formal nights on cruises of less than five nights.

However, we would be happy to sail on Vasco da Gama again.Read More
123c45a

I chose the four night East Coast Discovery cruise to welcome CMV's Vasco Da Gama to Australia. I was not disappointed.Read More
ChesterLocksley

Would I travel on the Vasco da Gama again, NOT IN YOUR LIFE, they would need to do a complete refurbishment and employ trained staff who can think outside what they've been told as no-one was overseeingRead More
sobirdie842