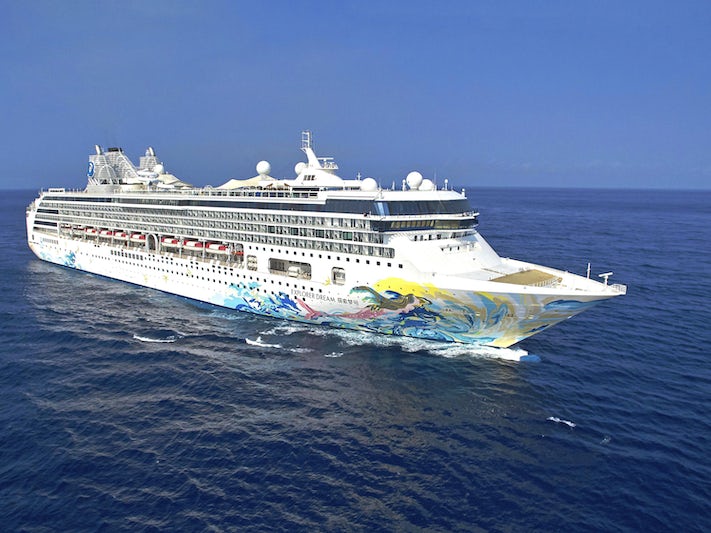 Dream Cruises' Explorer Dream is based in Asia for half the year, and Australia and New Zealand for the other half. Refurbished in April 2019, it has emerged as one of the region's most spacious and peaceful mid-sized ships with a few points of difference for local cruisers.

Most of the US$54 million ($78.9 million) investment was spent on its sparkly new showpiece, The Palace, a luxurious complex comprising 42 suites, private restaurant, bar, lounge and casino, plus an expansive pool deck with cabanas and panoramic ocean views. This exclusive enclave replaces the former kids' area, which has since moved into the old nightclub, pushing the onboard nightlife to the revamped Palm Court.

New restaurants and cafes were also added, but only three dining venues are complimentary. Other public areas and cabins have been brightened up with pleasant decor, new carpet and furnishings, while pop-up bars have appeared poolside for summers Down Under. Most cabins have a new mini-fridge, TV, bed and linens, as well as handy amenities such as a kettle, international power points, USB ports, and free toothbrushes and toothpaste in the bathroom; unfortunately, the refurb stops short of replacing the worn-out wardrobes.

Family accommodation is plentiful, with interconnecting balcony cabins and most rooms equipped for three or four guests. However, an unpopular expense for parents is the kids’ club fees of $30-$35 an hour after the first two free hours per day. There is no teens' club but plenty of virtual reality and video games in various arcades (also for an extra cost) and a waterslide.

A highlight is the evening entertainment, with good quality shows for all ages and seven differently themed parties. Believed to be a world-first at sea, an adults-only male dance review is held once per cruise throughout the AU/NZ season.

Another controversial decision is that smoking is permitted on balconies, as well as the casino, humidor room and designated outdoor decks. This policy may be a deal-breaker for both smokers and non-smokers, but we barely noticed any cigarette smells on our Queensland cruise.

The polite and conscientious crew is a mix of 56 nationalities. Some seemed to struggle with understanding 'Australian English', and drinks service was slow in all venues, but they are clearly working hard to improve.

While it won't suit everyone, there's something refreshing about Explorer Dream's relaxed ambience, the lack of queues (except when waiting for a tender) and the fact the Asian heritage is not hidden but celebrated. Passengers can choose dumplings or omelette for breakfast, receive reflexology by Chinese therapists in the spa, find quiet spaces to read or join in unusual activities such as laughter yoga and magic classes.

The 2019 refurbishment added dining options and The Palace luxury complex

Allowing smoking on balconies may turn off non-smokers

Mid-size ship with a relaxed ambience and good entertainment

When based in Asia, passengers mostly hail from China, Singapore and Japan; when based in Australia, the mix includes a lot more Australians including Asian-Australians. The majority of guests are couple aged in their 40s to 70s and families with kids.

Daytime: Casual, with shorts and T-shirts most common inside the ship. Swimmers/bathing suits should be worn only on the pool deck.

Evening: Men are encouraged to wear polo shirts or collared shirts (a jacket is optional), long pants or good jeans and closed-toe shoes. Women should wear an elegant dress or long pants with blouse.

Not permitted: No shorts, swimwear, slippers or bathrobes are allowed in the evenings.

Highly recommended to all friends and family.

Our trip to Tasmaina and Eden through Explorer Dream was amazing, would definitely do another trip with them again!Read More
leungcritique

A would definitely sail with Explorer Dream again.Read More
blokartphil

As promised, here I come with my detailed review of the Explorer Dream. On 2 Feb, we boarded the cruise at Auckland. We thoroughly enjoyed right from the time we checked in our luggage.Read More
mlrrsingh

Not as good as expected

Would we go with Dream Cruises again?Read More
RobD777