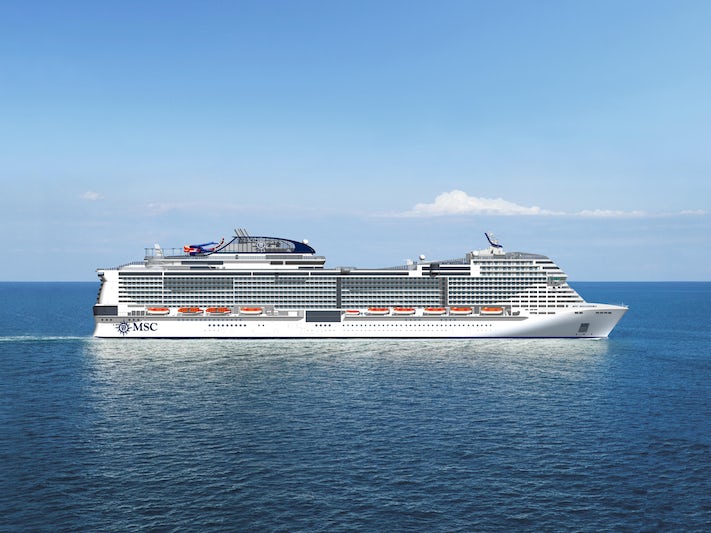 MSC Bellissima is a big, bold, boisterous ship with a lot going on morning, noon and night. And it's all a lot of fun. It's also very much a family ship, with an outstanding kids club and programing, superb entertainment facilities and a large number of cabins designed for family groups.

Quiet and relaxing spaces are hard to find anywhere

Big, fun, family-friendly ship with lots to keep the kids and adults entertained

The ship carries just about 4,500 passengers at double occupancy, making it one of the largest in the world, both in terms of passenger numbers and size. It caters to everyone with a large number of drinking, dining and entertainment options, including the second Cirque du Soleil at Sea (MSC Meraviglia claims the first), four pools, an water park, a ropes course and a large central promenade lined with shops, bars and restaurants.

The ship also has a number of excellent specialty restaurants, including Japanese, Spanish, French and a steakhouse.

In a first for the line, and indeed the industry, the ship boasts a personal assistant called Zoe powered by artificial intelligence in every cabin, which is programmed to answer a wide range of cruise-related questions. The line also has an excellent app MSC for Me, which lists your personal agenda and the ship's itinerary, as well as allows you to make bookings, chat on the app and locate your kids.

MSC Bellissima can seem overwhelming at first -- it's designed for fun and most of the passengers hail from Southern Europe, so they know how to party -- but it never felt too crowded to us, even on a sea day. The public spaces are well designed, the multiple dining and theater times means there are rarely bottlenecks and there is a huge amount of open deck space.

Get MSC Bellissima price drops
250,000+ people have entered their email

However, this may not be your ideal ship if quiet time is important to you. There are a handful of spots for an evening cocktail, including the for-fee Top 19 Club and the gorgeous Sky Lounge, but little else. Unless, that is, you can afford to book a suite in the ultraluxurious, suites-only enclave called the Yacht Club, which boasts its own private bar, restaurant and sun deck. Here you will find an enclave of calm, exclusivity and outstanding, intuitive service.

Our advice? Let yourself get swept up in the exuberance, and you'll soon be partying till midnight and beyond with the best of them.

MSC Bellissima is first and foremost a family ship, with a large number family groups sailing year-round as holiday dates differ by European country. During the high season, this can peak to 1,000+ children onboard.

It is also a very international ship -- passengers are drawn from all over Europe, with the majority being Italians, Spanish, French and Portuguese. You'll also find Brits, Northern Europeans, Americans and Canadians and, increasingly, large groups of Chinese.

The age group is firmly in the mid-40s bracket.

Announcements are in multiple languages, including Italian, French, Spanish and Portuguese. English is the first language.

Daytime: Casual, with shorts and tees most common inside the ship and bathing suits and cover-ups de rigueur on the pool deck.

Evening: Mostly casual, except on formal nights (twice per seven-night cruise) when men are asked to wear a suit but who'll often wear tuxedos; women go all-out with elegant dresses and jewels. On formal nights, you can dine in the buffet without dressing up.

Not permitted: Swimwear is not permitted in the main dining room and the specialty restaurants.

Find an MSC Bellissima Cruise from $349

Where does MSC Bellissima sail from?

Where does MSC Bellissima sail to?

How much does it cost to go on MSC Bellissima?

IN SAUDI ARABIA WITH MSC BELLISSIMA

Meddinah (both from outside) and a private museum with scale models and memoralia of the Mecca YANBU: Snorkel: pristine water and a nice underwater coral landscape (The 2nd spot was particulary worthy) MSCRead More
barcelonauta

Bravo MSC Bellissima, this is something new!Read More
ANGELO TORDO

Then 2 days before boarding the MSC Bellissima site was closed. We could not reach anyone!Read More
travelmisses