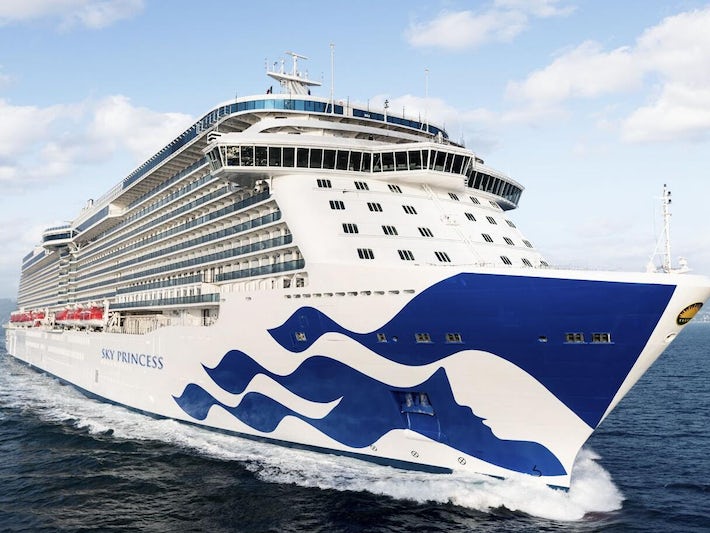 Sky Princess is an elegant addition to the Princess Cruises fleet. It maintains many of the line's traditions (three main dining rooms, central Piazza, several pools and a demur onboard atmosphere) that cruisers of all ages love and goes all in on a neutral-based decor that give the ship a timeless look.

The ship also layers on more modern features that we believe will attract more Gen Xers and even older Millennials. From USB ports in rooms to a digital escape room experience that changes every time you play, the ship is very much a 21st-century vessel.

Evening entertainment, in particular, is fantastically contemporary, with songs that stretch from the 70s to current radio hits, slick dance sequences and over-the-top costumes, and special effects that include laser light shows and pyrotechnics. (With that said, we sat next to a 70-something who was whooping and hollering throughout one of the shows, so it's not just for the younger set.)

Another wonderful addition? Bistro Sur La Mer, a noisy, vibrant, casual extra-fee eatery from a three-Michelin star chef, with some of the best food on the ship.

With the exception of its buffet, which is fine but nothing special, dining throughout the ship is wonderful. Even if you never venture outside of the main dining rooms, you'll find enough variety to satisfy all your tastes. (You're doing yourself a disservice if you don't make it to the complimentary Alfredo's Pizzeria!)

Our only area of disappointment on Sky Princess was the service, which wasn't as good as we've come to expect from Princess. We encountered small snafus throughout the cruise and many crew members were not quite as friendly as we expected. The exception were the bartenders who were using the OceanMedallion onboard technology system to surprise cruisers by calling them by name, even when they'd never met before.

Overall, Sky Princess does a great job of bridging the gap between the line's more traditional offerings and a much-needed infusion of modern style and entertainment.

Sky Princess draws a mostly adult passenger base with the majority of cruisers coming from North America and the U.K. During school holidays you'll find plenty of families with kids, but the rest of the year, the average age range is 50s to 70s. Cruisers are well to do and educated, and appreciate the relaxed atmosphere onboard. Princess cruisers tend to be avid trivia players, buy out every spot in the adults-only Sanctuary within the first cruise day, love live music and pack the theater every night for shows.

Daytime: Daytime dress on Sky Princess is casual and driven more by the destination and the temperature than anything. On warmer weather sailings, shorts and T-shirts are common inside the ship, while bathing suits and cover-ups are the norm on outside decks.

Evening: Smart-casual most evenings: dresses, or nice pants or a skirt paired with a blouse for women, and nice pants and collared or button-up shirts for men. Once or twice per cruise is formal night. Women wear evening gown, cocktail dress or nice pant suit, while men don dark suit or dinner jacket and slacks. Tuxedos are encouraged but rarely seen.

Not permitted: Swimwear, shorts, ball caps and jeans with fraying and/or holes are not permitted in the dining rooms or fine dining restaurants. Shoes must be worn at all times and in all venues.

Get Sky Princess price drops
250,000+ people have entered their email

Find a Sky Princess Cruise from $479

Where does Sky Princess sail from?

Where does Sky Princess sail to?

How much does it cost to go on Sky Princess?

It was a very nice and orderly process to board the Sky Princess.Read More
Aubreyd

Sky Princess is a delight!

Amber Cove, Grand Turk and Princess Cays are so relaxing and well kept. This is a favorite itinerary for us. The Sky is immaculate. The crew is exceptional and always courteous.Read More
wookie78

Having just disembarked from a Norwegian cruise on Sky Princess, need to share some points: Standard balcony cabins quite small compared to other lines (completed 32 cruises) so can compare.Read More
Wilkong

Can't wait for our next cruise to the USA and Canada this year then the Baltics next both scheduled for Sky Princess.Read More
Timbo3765