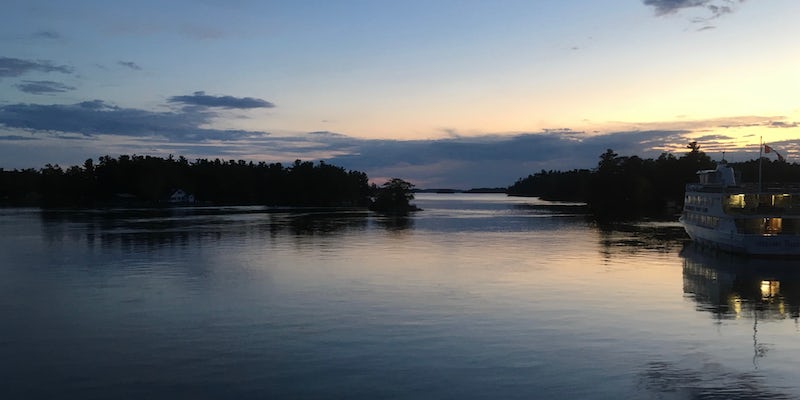 prichi
10+ Cruises • Age 80s
This cruise was included as part of a larger tour. The boat was small and cabins were miniscule, including two small beds with drawers underneath for storage (no closets) and a tiny bathroom which was a combined toilet and shower. The bathroom smelled like the worst port-a-potty, and we had to sleep with the cabin windows open just to avoid the smell. Staff was pleasant, entertainment was fun ...
Read More

NurseLinda
6-10 Cruises • Age 70s
We chose this cruise due to location and an opportunity to combine it with a stay in the old walled part of Quebec City. The boat is modeled after a river steamboat of the early 1900s and is architecturally interesting. The cabins are tiny with no storage other than three very small drawers [one under one of the bunk beds] and the other two in a small night table, as well as the floor space ...
Read More

Ginger dog
2-5 Cruises • Age 70s
The accommodation was dilapidated, cramped and odourous. We were instructed to leave the bathroom fan on at all times, for room ventilation, hence a roaring sound from the fan and air conditioning, the entire trip. In addition there was a constant roar from the engines, which seemed to be located under our cabin. There was no seating provided in the cabin other than a hard folding chair, or the ...
Read More

A Delightful Experience on a Different Style of Cruise Ship

mcgrath45123
10+ Cruises • Age 70s
W have cruised extensively on 4 continents and know the difficulties of comparing what can be very different experiences.This little one ship ship cruise line attempts to step back in time a little ind delivered everything as promised, Because of its small size and the route through some very busy waterways there is a real sense of identification with the St..Lawrence river and it's ...
Read More

Well Below Our Expectations

ampariso
10+ Cruises • Age 70s
We [two couples] selected this cruise because we wanted to experience the St Lawrence and the Thousand Islands during the fall. We knew from the brochure and company website that the ship was small but both depicted a cozy environment with small but reasonably comfortable cabins. We paid extra for the Premier Cabins, a huge mistake, see below. The ship itself is extremely small. The only enclosed ...
Read More

atravelingtexan
2-5 Cruises • Age 70s
Smooth sailing!! We were so fortunate to have 24 people on board (capacity is 60 people per the cruise line literature). So easy to communicate with the staff and other passengers. St Lawrence Cruise Lines included all excursion costs and gratuities for local guides and drivers in the base cost. This was certainly welcome. On board staff were tipped at the end of the cruise. Food was well ...
Read More

Disappointing cruise but the scenery was beautiful.

Giebelhaus
2-5 Cruises • Age 60s
We wanted to have a nice relaxing cruise together with our elderly parents. They are unable to leave Canada because of health reasons. We know that the St Lawrence Seaway is beautiful so it was a great idea. Unfortunately, there were many disappointments: the boat is very old and not maintained. While we were on the boat the motor and generator were both having problems, The staff worked ...
Read More

ms2077
6-10 Cruises • Age 60s
We did a six night cruise on the Canadian Empress from Quebec City to Kingston. While there were a few positive aspects, notably very good food and evening entertainment, overall this cruise did not come anywhere close to meeting our expectations. Other reviewers have commented on the small cabins, which is absolutely the case but we could have lived with that. However, we felt that the main ...
Read More

mknopick
2-5 Cruises • Age 70s
We boarded the Canadian Empress at Quebec City ready for our six night cruise up the St. Lawrence River/Seaway. We sailed to Trois Rivieres, Montreal, Upper Canada Village, Brockville, Gananoque, and finally disembarked in Kingston, Ontario. The Canadian Empress is a replica steamboat to resemble those in the early 1900's. The rooms were very small, but big enough to manage once you had a routine ...
Read More

Rolling on the River!

Cowgirl10
First Time Cruiser • Age 80s
I have wanted to cruise in the 1000 Islands and on the St. Lawrence River for some time, so I have been looking at this cruise line for years! We finally got a date that worked! The cruise met all my expectations and then some. The small crew was fantastic! Although the cabins are very small, they are certainly adequate. And who wants to stay in the cabin when there was so much to see and do? ...
Read More