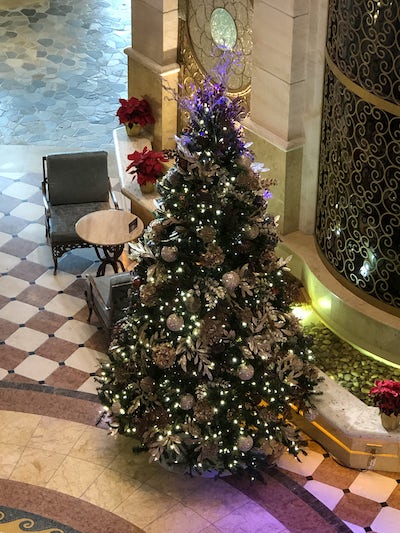 caneable
6-10 Cruises • Age 70s
Our cruise took in a wide sweep of the Caribbean with calls at Grand Cayman, Roatan, Cozumel, St Thomas , St Maarten and Princess Cays. Although we purchased the trip as one cruise, Princess treated at as two cruises as it sailed in and out of Lauderdale on the Middle weekend. This had positive and negative aspects which I will mention in the body of this review. We made our own flight and hotel ...
Read More

josiemartinez
10+ Cruises
First time cruising on the Princess line so I decided to go with my friend on their newest ship, the Ruby Princess. This was my lucky 13th cruise. Here are a few of my impressions: Embarkation: Total chaos. Neither definable lines nor instructions issued by Princess port personnel. My friend decided rather than join the mass of people, we would sit down until the terminal was almost empty ...
Read More

PrincessEliteCruiser
10+ Cruises • Age 70s
My wife and I are very familiar with cruising and with Princess. This was New Years cruise and the Princess people did not disappoint - they threw a great party (actually a couple of great parties)for New Years. Ports and excursions - We went to Dominica, Barbados, Antigua, the USVI and the private "island" in the Bahamas. I'd say it's an ok group of ports but the Western Caribbean is more fun ...
Read More

shipsealand
First Time Cruiser • Age 70s
Well DW & I are recovering from our cruise - time change, lots of activities, and last but not least, the feeling of the motion from the ship. I heard that others and we too feel the after affects of the ship motion on the seas even after coming home for a few days. Our cruise vacation started early enough - ie leaving home 8 PM for LAX to be conservative in getting there and going thru airport ...
Read More

Desert Diamond
First Time Cruiser • Age 60s
First, a bit of background. We are a married couple in our fifties who have been on six previous cruises. We have cruised before on Holland America and Celebrity and on Carnival with our kids and we were excited to experience our first Princess cruise. We chose this cruise primarily to be with friends who had already booked it and who were seasoned Princess cruisers. We discovered that there is ...
Read More

ABACOLADY
First Time Cruiser • Age 70s
Travelling with my twin sister, brother-in-law and husband for many special occasions - B'days, 40th Wedding Anniversary and my retirement after 43 years of Nursing. My twin and I chose the 2 PS on Caribe deck on the aft of the ship and couldn't have made a better choice. The suites lived up to our every expectation, were not overlooked, and served as our private sanctuary for the duration of the ...
Read More

If you're under 40, don't cruise Princess!

sammy303
First Time Cruiser • Age 40s
Embarkation was simple enough and our room was ready by the time we got on around 1PM. We carried on most of our bags except for one so we could change, have a drink, then explore the ship. The Ruby was a beautiful boat, the design and finish was excellent. For a boat that is about 2 years old though, it is showing a lot of wear and tear. The main thing I noticed was the hallways were banged up ...
Read More

The Ruby Princess, it really gets no better!

A1A
First Time Cruiser • Age 50s
Background Having been married on the Caribbean Princess four years ago and spending our first anniversary cruise there as well, this was our first voyage back to Princess,  having enjoyed the Celebrity Millennium and the Celebrity Solstice in the interim. We live in South Florida so hotels were not necessary and family members dropped us at the port the day of the cruise. A little further ...
Read More

rivacationer
First Time Cruiser • Age 60s
Coming from New England, we flew into Ft. Lauderdale the day before we embarked on the Ruby Princess to assure that weather was not an issue. We stayed at the Renaissance Hotel at the Pt. Everglades cruiseport and it is a perfect pre-cruise hotel. We love getting a quick croissant at the French Bakery directly behind the hotel. Almond croissants are the best and the service is wonderful. We find ...
Read More

kt0331
First Time Cruiser • Age 40s
My first impression of Princess was the extremely smooth and efficient embarkation process. What a breeze compared to other lines. (I've previously sailed on Royal Caribbean, Celebrity and Carnival) We had flown to Ft. Lauderdale the day before the cruise and stayed at the Marriott Renaissance on 17th St. Very easy access to the port and the location is convenient to the port. There is a Walgreens ...
Read More