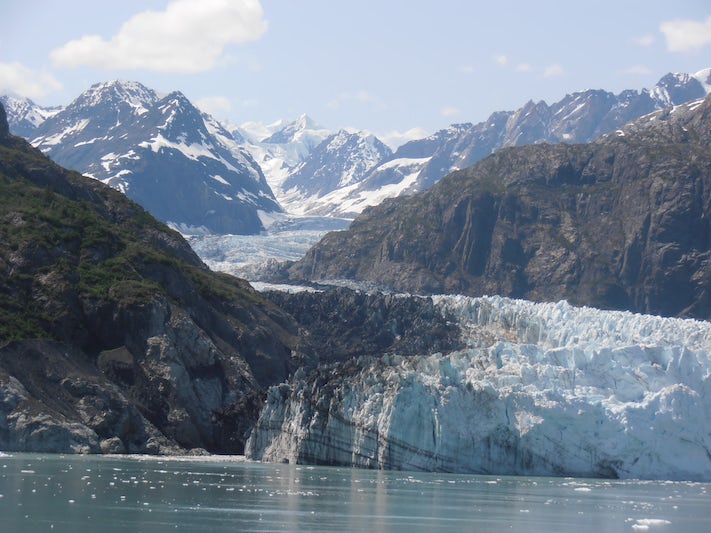 No rating
Princess is not what they use to be

nixa52
10+ Cruises • Age 70s
Hi my name is Larry and I am from Missouri, I have sailed on Princess many times, in face my wife and I are Elite members. I really don't have any problems with Princess except one, I have traveled with them from several years back, and each year we see Princess getting less and less in service, itineraries and overall service. The places where Princess now visit are all the tourist traps, and ...
Read More

2ndtwinlovestocruise
10+ Cruises • Age 70s
I have been on almost all the different cruise lines and I have to tell you this was the WORST I have ever been on! I will start out First to say I have Medical issues and need to use a Wheel Chair for boarding long walking, and have a very difficult time with stairs. I took this Princess Cruise with My Twin Sister, As I always do I notified them of my Medical Issues and I was assured there would ...
Read More

East/West Caribbean on the Grand Princess

lovetocruisenow
10+ Cruises • Age 70s
What a wonderful cruise! We did the East Caribbean/West Caribbean as a back to back. We are Elite and embarkation , disembarkation and in-transit were all handled nicely. We were onboard by 11:30 a.m. and the in-transit part took only about 30 minutes the second week. We had a LARGE group of back to backers -- 700 passengers! The ports were nice and the weather was good except for the rain in ...
Read More

chsalas
6-10 Cruises • Age 50s
So our cruise started out wonderfully, we arrived the day before the cruise left in Fort Lauderdale, stayed at the Courtyard Inn by Marriott off of Griffin drive, They also provide a shuttle service in the evening which take you to local area restaurants and shopping. We ended up at Bass Pro Shop, for dinner and the Islamorada. Was spectacular so we had a great dinner and afterward we went to ...
Read More

Grand Cruise on the Grand Princess

Edlaredo
2-5 Cruises • Age 80s
Arrived in Florida on Tuesday ahead of a Saturday sailing on the Grand Princess. Stayed at a Hampton at Cypress Creek on the north side of Fort Lauderdale. This is a convenient location for avoiding most traffic while visiting Olas Blvd and enjoying the views and food at Ft. Lauderdale Beach. Had three excellent meals--at H20 at the beach, at the Melting Pot in FL near the Galleria Mall, and at ...
Read More

netcruizer99
6-10 Cruises • Age 50s
We had a wonderful time the 2nd week of January 2013 on the Grand Princess. My husband and I decided to go on this cruise for a romantic get away without our child (teenager). We read the reviews and wondered about a couple of people describing the cruise as "the entertainment was boring or there was nothing to do". I can assure you this is not the case, however, we think we figured out why ...
Read More

dag144
10+ Cruises • Age 80s
This was cruise number 46 and the 6th on Princess. We now live in Fort Lauderdale so getting to the Grand Princess was only a taxi ride away. We took the line's advice and got to the terminal a few minutes before 2PM. Getting on was a breeze. We ask for the priority line and were told it was closed since there was not need for it at the time of our embarkation. First impressions of the ...
Read More

Just back from the Grand Princess Dec. 22-29

clhiller
2-5 Cruises • Age 50s
Had a wonderful Christmas holiday with the family on board the GP. Food was fantastic, MDR, HC, and Crown Grill. We did anytime dining and never waited more than 3 minutes for a table even though there was usually 7 of us, and this cruise was at full capacity. The shows were all very entertaining, and considering our group ranged from 13-67 years old, that is really saying something! We had a ...
Read More

G&amp;T Cruisers
2-5 Cruises • Age 50s
This was our first b2b cruise. We sailed on the Grand over Christmas and New Year, sailing the Eastern then the Southern Caribbean. We flew in a day before sailing on Dec. 21st and stayed at La Quinta Hotel. We booked through Hotel.com so didn't know our room was on the fifth floor which was the smoking floor and we are non-smokers. There was a representative of a shuttle service to the pier in ...
Read More

caviargal
First Time Cruiser • Age 60s
We were aboard Grand Princess for her Christmas cruise. It was a last minute decision to cruise and we were hesitant, as we knew it would be a busy cruise with lots of kids (not our style) but we decided to go anyway when other plans fell through. We had not been on a mass-market cruise for about 5 years and not on Princess since the Star in 1995. Most recently we cruised on HAL, Celebrity ...
Read More

Find a Grand Princess Cruise from $68