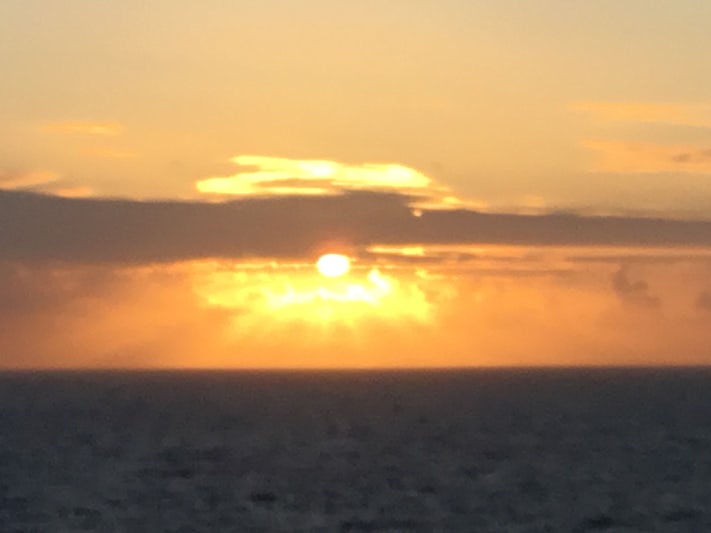 hotzim
6-10 Cruises • Age 70s
Itinerary was fine, but the ship was nothing to write home about. We found the food a big disappointment. Often it wasn't warm, and seldom was it worth eating. The ice cream, which is usually a treat was worse than McDonalds. We were in a balcony on the 14th floor and we could hear people walking around the deck above us and staff moving the lounge chairs and tables around. The tender experience, ...
Read More

tml1230
10+ Cruises
great cruise overall with wonderful ports of call...i mean how do you beat stops in nova scotia, boston and the big apple??? weather prohibited stopping in Maine but considering the time of year, missing one port was not a big deal... the emerald P. is extremely well maintained and the crew, as always with princess in our experience, went out of their way to make it a wonderful experience. food ...
Read More

One of the Best Vacations after a Difficult Start

arejbee
6-10 Cruises • Age 70s
We toured the Canadian ports and also along the Eastern Seaboard ending in New York City. The trip got off to a terrible start when we were delayed by United in Chicago and missed our flight from Montreal to Quebec City. This was a completely avoidable delay with 45 minutes being spent waiting for an airplane to be brought to the gate from a hanger. Then another 60 minute delay while crew counted ...
Read More

3rd and last time on the Emerald Princess.

scampy1
First Time Cruiser • Age 60s
Yes this is my 3rd trip on the Emerald princess. I like leaving from Brooklyn dock since i live right near there and i do love Canada /New England as an itinerary. Last year i did go on the same week on the same ship and cruise. Last minute booked online for 449.00 PP Once on board i upgraded to a balcony since there was no air in the cabin and the AC did not work so well. Cost another 600. PP. ...
Read More

saundersjandj@gmail.com
6-10 Cruises • Age 70s
We have just returned from a 10 night New England and Canada cruise on Emerald Princess. We have not cruised with Princess for 9 years and sad to say we found that standards had slipped during that time. Nothing wrong with the layout of the ship, it was clean and all the staff were delightful. Firstly we were surprised to find the bathrooms to be identical in size and layout as 9 years ago, we ...
Read More

Kazza57
6-10 Cruises • Age 60s
We were really looking forward to our cruise, our first cruise was with Princess 15 years ago and since then have cruised with Star, Celebrity, Holland America, Seabourne & APT. When we got on the ship this was the first one that we didn't receive a welcome drink... The ship left Quebec at 5pm and the muster was on when we left, we spoke to many people in our muster area - most of who had been on ...
Read More

You get what you pay for.

crwener
10+ Cruises • Age 70s
Returning 5x Princess cruiser. Got a two week out last minute deal for an inside cabin for price of $65 per day per person which is a real deal-on the surface. Itinerary was great-9 days of stops-3 USA and 6 Canada. Embarking was easy and efficient. Ship is large and clean. Decorated nicely. Three outside pools with no covers for inclement weather. Food was the very big disappointment. General ...
Read More

wb2868
2-5 Cruises • Age 50s
Flew into Quebec City the day before we could board our ship the Emerald Princess. We have cruised with Princess three times before all on either the Coral or Island Princess so this ship was much larger than we were used to. Ship - our ship was amazing. We had no issues with the condition or any staff that were onboard. We were taken care of by everyone from our room steward to the wait ...
Read More

Bluenose 47
10+ Cruises • Age 70s
This was supposed to be a Canada/New England cruise, with a repositioning at the end to Ft. Lauderdale, where Emerald Princess will spend the winter season. We are from Atlantic Canada and took this cruise for the US ports we were supposed to visit - Bar Harbor, Boston, Newport, New York and Charleston. Charleston turned out to be the only port we actually made it to, other than a service call in ...
Read More

ferrs11
10+ Cruises • Age 60s
We flew to New York first and took the Amtrak train up to Montreal - despite the internet reviews the train was on time into Montreal and it's a great trip along the Hudson and through upper New York State. We then spent four days in Montreal and Ottowa finally taking the VIA train to Quebec - again a good trip and so easy to book on line in advance. Quebec is a fabulous location to start a ...
Read More