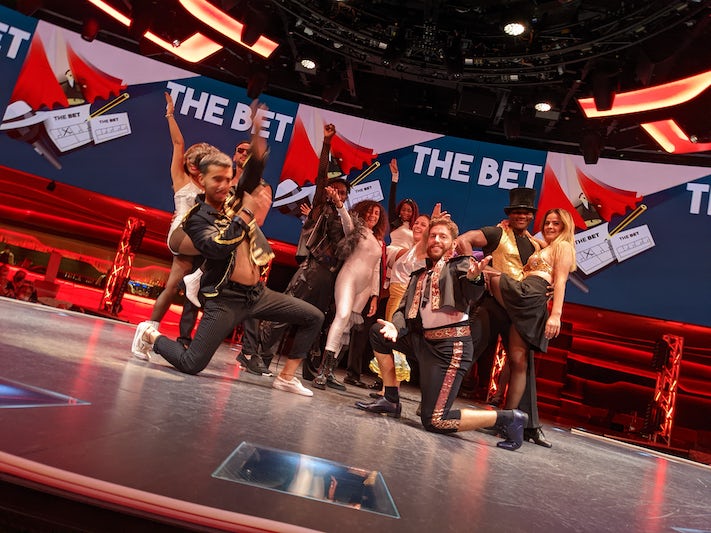 A dreadful cruise a waste of good money

Dianne Allan
10+ Cruises • Age 70s
The trip was sold as a luxury cruise it was NOT The idea of sailing to Gallipoli and following in the footsteps of our soldiers was a good one but that was where the dream ended.In fairness the Gallipoli component was very well done and there could be no complaints about that, the lectures were wonderful and going onto the peninsular was very emotional but that was no thanks to the MSC cruise ...
Read More

Review for MSC Orchestra to Transpacific

Paul Sharp
6-10 Cruises • Age 70s
My wife and I were among the many who paid 5 star fare for a 2 star trip. I will not rehash what has been said by many others although I feel Porky 55 was a bit unkind to "Frankie Forever". Last Thursday I had a hip replacement and left hospital yesterday. I must say 35 days on Orchestra was a worse experience. Any thought MSC had of getting into the Australian market were certainly dashed by ...
Read More

Narelle Madden
First Time Cruiser • Age 60s
Came with great expectations - none were met. The food was shameful - no way there was a chef in the galley, a home cook could put more flavour and could cook more authentic ethnic food than what we received. The Indonesian bar and cabin crew were amazing! The European crew were rude, lazy and just didn't care about the passengers concerns. Their infection control was non existent leading to a ...
Read More

Worst cruise experience AND most expensive!

bruski
10+ Cruises • Age 70s
Embarkation at Fremantle was slower than any we have previously experienced with the last of the luggage being delivered around midnight. The first week at sea was very unpleasant for us and for many other passengers, standing around in queues listening to the multitude of complaints from angry people trying to sort out the multitude of problems with pre ordered merchandise issues. This was not ...
Read More

Porky55
6-10 Cruises • Age 60s
As this was a charter cruise we paid above market price for this cruise and knew it. But even so we were expecting a 5 star ship and cruise because of the way MSC Orchestra had been sold to us. Also because of Orchestras own advertising - the ship looks much prettier in photos, boasts wonderful food and friendly staff. First - the ship itself was immaculate, it was so clean at times it ...
Read More

An Illness to Remember

Come home sick
2-5 Cruises • Age 50s
Firstly the positives - the restaurant, bar and entertainment staff were fantastic, always smiling and wanting to help. We were a family of 4 with 2 teenage chlldren. We booked 2 years before cruising when the children were smaller (due to special nature of the Gallipoli Cruise that we went on). In that 2 years my 2 boys grew into adult sized pubescent smelly 'little adults'. Despite several ...
Read More

Cruickshankn
2-5 Cruises • Age 60s
My friend and I joined the MSC Orchestra in Fremantle for a 35 day cruise retracing the voyage of the ANZACS to Gallipoli and then ending in Rome. The ship was very clean and the decor very nice. The cabin attendant was excellent and our cabin was always clean and tidy. The staff overall were very pleasant and helpful apart from some Italian staff who were somewhat arrogant. The dining room ...
Read More

Plenty of Room for Improvement

Ivan Perth
10+ Cruises • Age 60s
We joined the MSC Orchestra cruise, a 35 day voyage from Fremantle to Rome via Gallipoli for the 100th Gallipoli anniversary. A number of things with the ship and service were good but all up leaves plenty of room for improvement. Three key issues, 1 massive flu on board, which was on board from the prior cruise, 2 very very crowded public spaces, 3 extremely poor bar service ...
Read More

I would not recommend MSC Cruises to my worst enemy; extremely disappointed.

Lyn M
2-5 Cruises • Age 60s
The Italian staff on this ship were rude, arrogant and often told us lies. They need the sack! The Balinese staff, on the other hand were excellent - friendly, helpful, caring, considerate and could not do enough for you. The food was a disgrace. I got food poisoning 3 times - twice from milk that had gone off and once from apricots that had been dried and then re-hydrated. The chefs tried ...
Read More

Diannekaye
2-5 Cruises • Age 60s
Most of the staff were fantastic. Food was below average. Buffet was disgusting. Nearly all passengers got the flu/virus and were very ill. Doctor was poor. No medication. Service was slow. Internet was so expensive and disgusting. Could hardly get internet most of the time. Staff at reception were not nice most of the time. Entertainment could have been better. Got repetitive and boring over ...
Read More