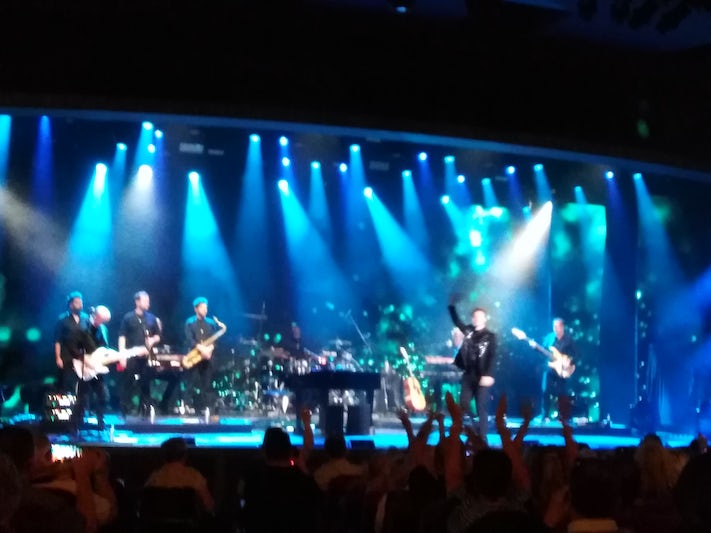 Duncansunny
6-10 Cruises • Age 50s
We chose this cruise for my husband to experience the Panama Canal . Don’t expect to much of anything on this ship very poor in so many areas and ways P&O have really dropped their standards. Dated cabins with dirty stained sweaty pillows threaded quilt covers dirty shower curtain that wasn’t changed for the duration of our 24 day cruise, unhelpful rude reception staff ( females mainly) dirty ...
Read More

Walllis
2-5 Cruises • Age 70s
If this was our first cruise we would have thought well it was OK but, we have had 3 cruises in total so we had something to compare this cruise with. The balcony cabin was the smallest we had been in and not a lot of room for a lengthy journey. The shore trips were too expensive and were not value for money. When the Captain gave messages over the public address system it was as if he was ...
Read More

OzCruiser99
6-10 Cruises • Age 70s
Britannia is a lovely ship but lacks the Wow factor of similar sized ships such as Celebrity's Solstice class. We had a basic interior cabin on A deck, about which we were quite happy, as the design was fine, and our cabin steward was excellent. We had no problems at all with noise from above, as noted by another reviewer. We dined mainly in the Peninsula Restaurant where the food was ...
Read More

anniemaidcruises
10+ Cruises • Age 60s
My mum and dad and,my husband and I,sailed on January 6th 2015,on the first leg of the world cruise,southampton to san Francisco, which ended in the death of my mother,in san Francisco. The ship was turned around the same day as she docked from the xmas cruise,our cabin had dust and fluff on the top of the wardrobe doors,my mums cabin had numerous ships crossword papers stuffed in the top of the ...
Read More

Saffiespaniel
10+ Cruises • Age 60s
The cruise was the first leg of the World Circumnavigation and offered a very good trip calling at Caribbean Islands, Panama Canal, Mexico and finishing in San Francisco. We have cruised on the Arcadia three times previous to this trip, and I would consider we are well qualified to comment on the appalling decline in most aspects of the ship and service. Firstly, our cabin D70 was filthy, (I just ...
Read More

Roundy78
6-10 Cruises • Age 40s
We booked onto this 22 night cruise on P&O Aurora direct with P&O on a vantage fair with a price guarantee stating that if the price reduces we will get the difference in onboard credit or an appropriate upgrade. When we found the price £700 cheaper per person a few weeks before the cruise we were told that this was a getaway fare and our price guarantee didn't include this. After pestering P&O we ...
Read More

Grumpy64
2-5 Cruises • Age 60s
Embarkation was a shambles as we arrived at our allotted time to find the queue snaking out the registration hall and for a hundred yards round the drop off area. It took us over an hour to get on board. We had booked with another couple and asked for adjoining cabins. We were allocated C67 & C68 which sounded great until we looked on the plan to discover they were on different sides of the ship. ...
Read More

john1905
6-10 Cruises • Age 70s
Having sailed on a number of cruises with Celebrity and Azamara, I was getting rather fed up with their prices and their service charges. So a chance to sample another cruise line and I decided on a Panama canal transit with P&O Arcadia to Los Angeles on the first stage of their world circumvention. I was a little concerned with some of the negative cruise reviews that I had read but was prepared ...
Read More

After Queen Vic, this time a good experience on P&O Arcadia

warmap
10+ Cruises • Age 80s
Arcadia,embarked Southampton 05 January; 1900 on board, mostly Brits with 400 Aussies going home on the return leg of a World Cruise. No virus on board, unlike the Vic,it stayed that way. The officers and crew took every precaution in a friendly and persuasive way. Bay of Biscay, into wind Force 11 going to 12, waves 12 metres high. Speed slowed, Due to the weather and possible damage to ...
Read More

cheshirepen
First Time Cruiser • Age 70s
My husband and I had done only 1 cruise before embarking on Arcadia in February 2008 to cruise the Caribbean, The Panama Canal and up to Acapulco. Our first cruise was on QE2 and so we thought it would be interesting to compare P&O with the Cunard experience. Our flight from Manchester to Barbados was good and we had upgraded on the First Choice Flight. We had been fortunate as people who had ...
Read More