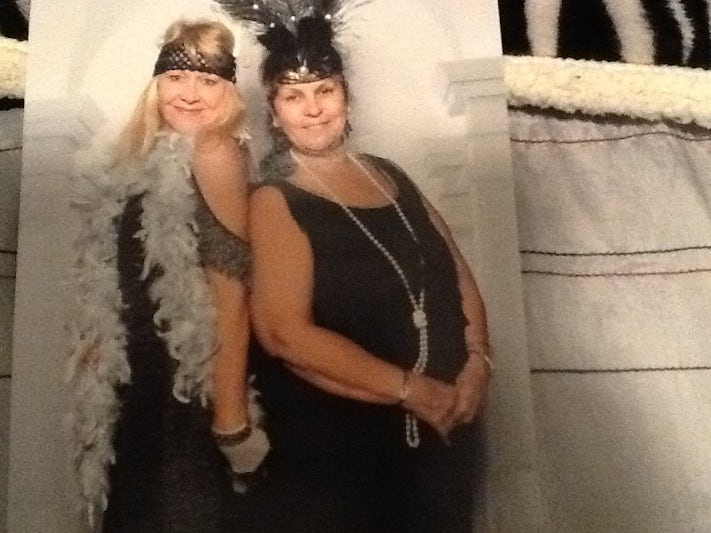 railenet
2-5 Cruises • Age 50s
I bought the Australian Open Cruise as a birthday present for my mum. It was a chance for the two of us to take a cruise trip to Melbourne that we had talked about for years. POSITIVES: The embarkation experience was excellent! Plenty of friendly staff to navigate you through the process. Embarkation was easy and fast! The ship itself is beautiful! The public areas are all extremely ...
Read More

merilynevans
6-10 Cruises • Age 70s
We chose this cruise to attend the Australian Tennis Open in Melbourne The Waterfront Restaurant had no table clothes and the service was very poor and generaly very disappointing, Some of the staff at the reception desk were very rude, The balcony cabin that we had paid a lot of money for was very disappointing, the spa bath did not work, the plug in the bath leaked, The TV reception was ...
Read More

SuziOz
6-10 Cruises • Age 60s
A group of us chose this cruise as it was an easy way to get a taste for the Australian Open Tennis in Melbourne. We departed 7 hours late due to rough seas from the previous cruise. This can't be helped and it was very different having Sailaway at 11pm. This was an ideal way to get to see the tennis with a bit of relaxation on the way. When we reached Melbourne we were transported to the ...
Read More

Unhappy88
6-10 Cruises • Age 60s
Cruise in a Quad share room On the Pacific Eden in 2017 Perth to Margaret River 3 day cruise. It was either 12/5/17 or 22/6/17 We chose this cruise as they advertised a special deal for a quad room. I made many enquiries by email and by phone and was lead to believe we would have a quad room i.e. double bed and 2 Pullmans to sleep 4 of us - me, my wife, daughter and grandmother. When ...
Read More

Kimberley cruising; had a fantastic time on Pacific Eden

Elsie Coleman
2-5 Cruises • Age 70s
We have just returned from a 10 day trip on board the Pacific Eden, we were pleasantly surprised as our previous three cruises were with Princess, which we enjoyed in spite of having a flooded cabin twice during our trip. Pacific Eden, staff were great, so helpful, nothing too much trouble, the shows were the best we have seen on board other ships, entertainment staff and all acts were second ...
Read More

debsy33
2-5 Cruises • Age 40s
Just come back from a mini cruise on the Pacific Eden with my mum. It was a fab 3 day weekend mini break and even though we only disembarked at Bunbury, I'm really glad we did as I have always overlooked this town en-route to Margaret River. We explored some hidden gems of shops, quickly perused the museum and noticed how many trendy little coffee shops etc were around. The buses to and from ...
Read More

LeafonGumtree
6-10 Cruises • Age 80s
Arrived at the departure port of Fremantle by train which involved a long walk dragging cases to the terminal. Shuttle buses to the terminal would have been good, or even better the old terminal renewed and relocated adjacent to the station. The first stop was Exmouth but we didn't get off as we had been there before on caravan holidays.. The next stop was Kuri Bay which was the ships ...
Read More

Fluffydiog
6-10 Cruises • Age 70s
Liked the size of the ship, to get away from the large liners with thousands of passengers and the fact it was Fremantle to Fremantle. I do not like food from buffets so I was really impressed with The Pantry. The reason I don't like help yourself food is I have seen too many people touch food and put it back, coughing on food etc. The Pantry is excellent because the food is dished up and ...
Read More

oldblueeyes13
2-5 Cruises • Age 70s
My wife & i were not happy with p&o Cruise from the moment we got on the ship pacific Eden to start our cruise gd7r6c. We were showed to our room were we could feel a high degree of vibration the same vibration was in in may parts of the ship which continued through out the night & day it could be felt even in bed.most of the 10 days & nine nights. Except when we were cruising around 10 knots. ...
Read More

Treefern
10+ Cruises • Age 70s
We chose this cruise, with a little bit of trepidation, because we had booked the Indian Pacific and it fit in with that schedule, plus we had never been into Broome before. It turned out to be an excellent choice. We thoroughly enjoyed the cruise and everything about the ship. Everyone was friendly and the crew were excellent as they always are. The activities on board were great and the quizzes ...
Read More