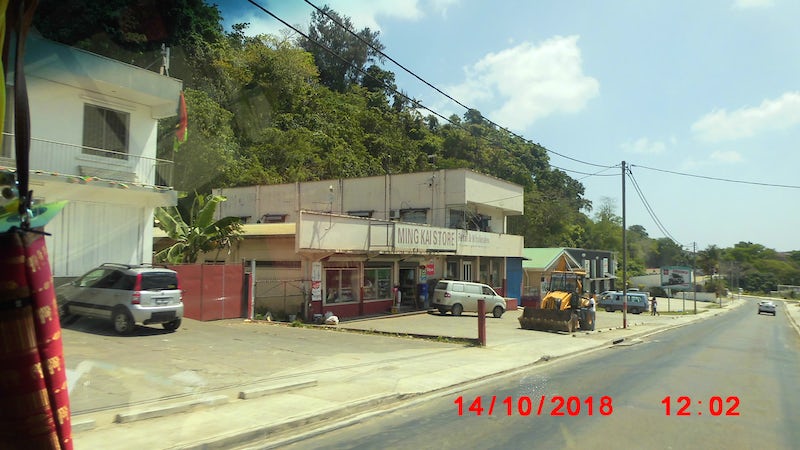 csomole
First Time Cruiser • Age 70s
The objective of our first cruise was to get to places best accessed from the sea and to return to past haunts: the destination, not the journey. Thanks to the reviews on this site and elsewhere we had a good idea of the ship and how things worked and did not have to figure out much from zero. The destinations worked out well, we had great snorkelling on Conflict Is, Kiriwina and Gizo. Lots ...
Read More

Marchfly
6-10 Cruises • Age 60s
This was our second time on Eden - the first time was two years ago and we loved it which is why we returned. If anything the ship was better second time around. Beautifully furnished, spacious, friendly and attentive staff - could not fault it. The food on the whole was good, tasty and beautifully presented. Temperature appeared to be a problem with many meals lukewarm at best. Waterfront ...
Read More

Willig
2-5 Cruises • Age 60s
We arrived in Cairns 5 days before our departure and enjoyed relaxing and touring of few notable place before boarding the Pacific Eden. Boarding was smooth and went without a hitch the staff I. The terminal kept everyone informed and made the process of boarding going through customs etc a breeze. Once on board we walk around making our self farmilar with the ship until we were called to our ...
Read More

dazadelaide
6-10 Cruises • Age 60s
Just back from our first P&O cruise and was pleasantly surprised by the experience. Having cruised many times on other lines we were aprehensive about P&O as they don't have the best reputation. I don't usually write reviews but after reading the last two reviews I just had to write a reply. The last two reviews i noticed were written by 1 time reviewers who have just joined C.C. this ...
Read More

molliemo
10+ Cruises • Age 50s
Apart from one restaurant, dining is ‘food hall’ standard at best. Fatty, overcooked, unappetising, food, luke warm on cold plates and in some cases inedible. Nothing ‘fresh’ or nutritious. Been on many cruises, this was first one ever that I’ve lost weight!! Musicians in the bars etc below the standard of our local RSL and buskers in the mall. Played like they’d never been together before, ...
Read More

AmyAtSea
6-10 Cruises • Age 60s
We did the Eden cruise departing Cairns on 27 July to New Guinea. We are sorry that P&O has sold this ship on, as we found it to be a delightful, smaller ship. We hope her sister ship, Pacific Aria, will be as good when we sail on her in the future. The ship had a lovely "happy" feel to it - the staff all seemed to be genuinely happy. (This is in contrast to our last cruise on Golden ...
Read More

Tilley1
First Time Cruiser • Age 70s
This cruise was suggested by Flight centre to accompany our trip to Cairns. We chose to pay extra to have a cabin with a balcony however we were the last cabin at the rear of the ship which was a big mistake. Not only did we have the extra rocking from the propellers and the noise of the engines but we had to contend with the noise of the chairs being dragged along the deck early in the morning. ...
Read More

My daughters 13th birthday cruise to PNG. Perfection plus!

Cruiselkm
2-5 Cruises • Age 50s
Hi everyone My daughter and I have returned back to Cairns after 7 days on the Pacific Eden for her voyage to PNG for my daughters 13th birthday and it was absolutely amazing. Unfortunately, the weather prevented us from docking at Kitava which was terribly sad for the locals as many of us on board had donations for the children. However, the rest of the trip was just awesome. The staff went ...
Read More

RobynC
2-5 Cruises • Age 60s
We choose our cruises for the availability of when we want/can cruise and also very importantly, the destination. My brother had previously sailed on the Eden and had a wonderful experience on their first ever cruise, so I had no qualms about sailing on her, even after the negatives I had read on this site and Facebook. We do like our privacy and time on our own so we chose a suite for our ...
Read More

psyfly
6-10 Cruises • Age 70s
Wanted to visit PNG. Wouldnt go again. Ship is very old and a number of cabins flooded which meant people had to be moved. Some of the children were very badly behaved bombing and jumping in the pool which made it impossible to swim. Kids running around through the public rooms. the Youth controller did her best but she couldnt be everywhere. Salt Restaurant was very expensive and then you ...
Read More