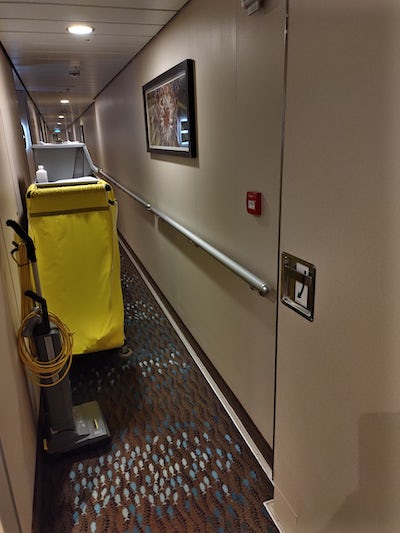 KathnBri
6-10 Cruises • Age 60s
The Panama Canal transit was something I rely wanted to do and as a bonus this cruise sailed from San Francisco. We booked with a 2 night stay there before we sailed and that was well worth it. Embarkation was quick and the luggage was soon delivered to the cabin. It is probably the smallest cabin we have had compared to other cruise companies though we look on it as just somewhere to sleep. ...
Read More

theoz
10+ Cruises • Age 70s
We chose this cruise because of the itinerary and the fact that it left San Francisco and ended in New York. Being from the East Coast, we only had to fly one way. This cruise had 13 port stops which was wonderful. The ship was almost all senior citizens which we expected due to the length of the cruise. We met some wonderful people from all over the world and it was so interesting talking ...
Read More

Good cruise, but NCL has lost their way

Tailwind1
10+ Cruises • Age 60s
This is my 26th review for Cruise Critic. Unlike some reviewers that join this group just to complain about a bad experience, I have, for the past 10+ years felt obliged to write about my cruise experiences. I am a professional writer in another life which tends to make my reviews long and thorough. If you want to know simply if we liked our time on the Gem, just count the stars. If you want to ...
Read More

wobbiegongs
10+ Cruises • Age 60s
I wanted to travel through the Panama Canal on my birthday as I had done the Suez Canal with Celebrity Cruises the year before. I now call Norwegian Cruises - NO Norwegian cruises because anything you ask the staff except for our cabin guy is a NO. Or they say yes and then you find out later its a NO. I asked if I could save a space for viewing the Panama and was told Yes, the 13th floor is ...
Read More

Good Time - but not a luxury cruise

BWCW3885
10+ Cruises • Age 60s
My husband and I chose this cruise because of the itinerary. Although we have cruised about 20 times (about 6 with NCL - we are latitudes silver because two of our cruises were from the 80's before they had a loyalty program), there were numerous ports on this cruise we had not seen before. And it's a great time of year to get out of the winter for three weeks. We got a good deal on the ...
Read More

beachcomberbill
10+ Cruises • Age 70s
PART I : PORTS OF CALL We wanted to leave the cold northeast for the month. This itinerary seemed to fit the bill. We’re Platinum level members. This was our eighth cruise with NCL. We chose to fly from NYC where we live to SF in order to get the air travel over at the beginning. The air was included in the cost of the cruise, so I guess you can’t complain too much about “free”. However ...
Read More

Second time is not a charm

BerkshireBob
10+ Cruises • Age 70s
We had done the Panama Canal cruise a couple of years ago from New Orleans to Seattle, this time we opted for San Francisco to New York. The canal itself is still fascinating, but most of the other ports leave much to be desired. We had done several of the excursions before and the don't seem to ever change. We were actually more interested in three seeks of warmth and that was the best part. ...
Read More

dhult15
10+ Cruises • Age 70s
Luz and Joey, both from Philippines, were a joke. The morning tv show was them acting like small children. Couldn’t understand them. Since Luz was on the mic so often and then every night after the shows, most Americans complained to each other about her horrible accent. More than 1/2 passengers were European and Asian. Don’t know how they could understand. Did not enjoy the bands who were very ...
Read More

herdingdogmom
10+ Cruises • Age 60s
We chose this cruise because it left from our home port and did a full transit of the Panama Canal. Both were highlights of the cruise and fantastic. We loved taking a taxi to the port and fortunately had been warned by the CC roll call that the pier information was incorrect. I contacted NCL 3 times the month before sailing asking them to correct the edocs, but it was never done. We expected ...
Read More

BumKnee
6-10 Cruises • Age 60s
We selected an aft facing cabin for our Panama Canal transit, boarding in SFO. A great treat for us was to watch the Navy Blue Angles practice over the bay just before we left. That alone was worth the trip. Leaving SFO under the Golden Gate with picture perfect weather was a tremendous experience. Some of the ports were pretty "why-even-get-off" the ship kind of stops - but we were mainly ...
Read More