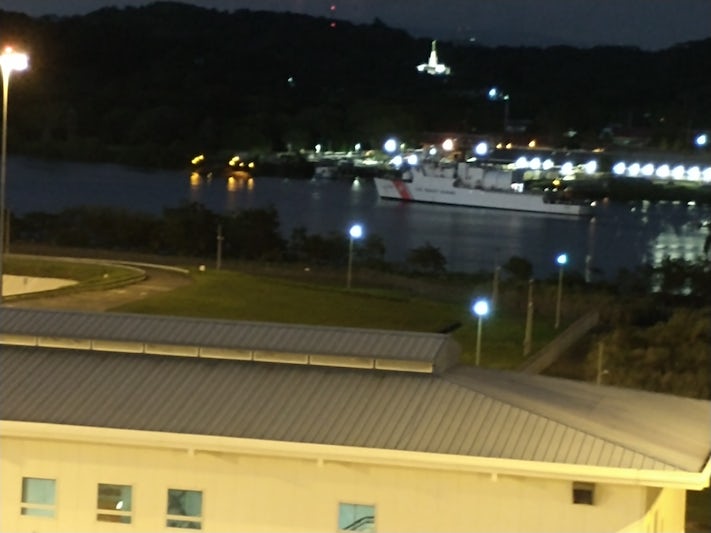 maptravel
2-5 Cruises • Age 30s
NCL newest ship The Norwegian Breakaway just completed its first 1 night cruise from Rotterdam to Southampton and I was one of the lucky ones on this maiden cruise. I will give you a full and detailed review of the ship. Firstly the ship itself is much better looking than its sister Epic but still its not so eye catching as some may want. The Waterfront promenade from what I saw does not ...
Read More

Passage from Rotterdam to Southampton

airlinesteward
10+ Cruises • Age 50s
We flew the day before from London to Rotterdam with British Airways, It is so easy so have a direct fight from London. We arrived in Rotterdam and made our own way to the Hilton Rotterdam by tramway. The cost was around 3.50 euro per person. We booked an executive room as you pay a bit more but receive a lot more advantages like drinks and nibbles, breakfast. On the morning of the mini ...
Read More

Review for Norwegian Breakaway to Cruise to Nowhere

Black Pearl Sailor
10+ Cruises • Age 60s
We were on the Breakaway for two nights, one night sailing from Rotterdam to Southampton, then an overnight in Southampton, staying in the Haven Deluxe Owners Suite 16102. Embarkation If you are ever sailing from Rotterdam stay in the Hotel New York, the old Holland America Line building which is literally a minute away from the Cruise Terminal. Staying in their Loft Suite meant we could go ...
Read More

How not to run an unofficial inaugural cruise..

mike@sea
10+ Cruises • Age 50s
This was a perfect example of how better NOT to introduce past or future (paying!) customers to a new ship or product!! Boarding did not start till shortly before noon, no explanation why and despite the fact some 2000-3000 passengers were already checked in, waiting to be let on board, hoarded like cattle. Not a good start. There was absolutely no reception of the passengers. Since it was ...
Read More

seabourndt
10+ Cruises
I booked a balcony cabin at the aft of the ship. PRE CRUISE I had a ship visit in BRISTOL so booked a klm flight to AMSTERDAM then a train to ROTTERDAM the trains were so packed i had to waited ages to get on the nest one. HOTEL. I stayed at the MARITIME HOTEL overlooking the PORT. I have used this hotel before and always had a lovely cooked breakfast but this time hardly anything cook ...
Read More

seabourndt
First Time Cruiser
I booked this cruise as i had already booked the transatlantic but had the cancel later.I printed out the tickets, i hate this, much nicer to get them in the post. especially the baggage labels but got proper labels later. GETTING TO THE SHIP i decided to go on the harwich-hook ferry overnight on the new superferry. plenty of space,outside cabin was lovely and free internet for an hour. next ...
Read More

The good, the bad and the beautiful

RussellF
First Time Cruiser • Age 70s
Overnight, Rotterdam to Southampton There's no doubt about it: Norwegian Epic is a beautiful ship. The crew are wonderful, the food is excellent and the entertainment is probably the best you'll ever see at sea. The bad news is the embarkation at Rotterdam took almost four hours and was the most chaotic we've ever encountered in all the years we've been cruising and the disembarkation at ...
Read More

airlinesteward
First Time Cruiser • Age 50s
We came back from Epic yesterday afternoon. Rotterdam to Southampton. What a shamble at Rotterdam. We arrived at 10.30pm and only boarded at 1.15pm. People were all over de place, announcements you could not understand. They were asking hundreds of people to seat down on 50 chairs. Girls from NCL based in Dover were on hand to help the very inexperience staff in Rotterdam. Around 12.30, they ...
Read More

Wansbrough
First Time Cruiser • Age 50s
As we only had one night on board to sample this new ship from NCL I can only give my impressions on what we managed to see and do in the limited time available to us. So very hard to choose which ones to go and do but in the end this is the review of our encounter with the not quite finished Norwegian Epic. I will start with the check in as this seems to have caused a bit of stir amongst many ...
Read More

clydecruiser
First Time Cruiser • Age 50s
What a trip certainly the GOOD the BAD and the UGLY. Let's get the UGLY out the way yes the EPIC will never win any prizes for her external looks - slab slided like many with the Garden Villa's perched on top adding to the odd look. The trip on Sunday to Rotterdam was a breeze we got the Eurostar at 1157 and caught our connection in Brussels at 1518 and were in our Hotel room by 1710 so 4 hours ...
Read More