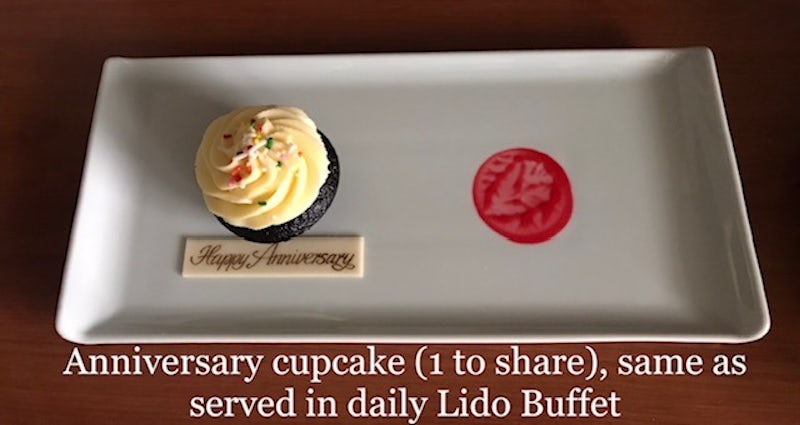 See all photos
Cruiser Rating
3.9
Average
268 reviews
Ratings by category
Featured Review
Not very exciting, could have been worse.
"On the plus side, other than the mediocre desserts the food was, by and large, very good.Main stage entertainment was not very good, nor was the piano duo, but the BB King Blues Band was really great, and the Lincoln Center Stage people were quite good...."Read More

tomahawk43
10+ Cruises • Age 40s
First of all, if you are cruising during this time you need to be flexible. Itineraries and protocols change regularly. We are experienced cruisers (10+) in our early 40s with a 6 year old. This was our first time on HA but one of our best cruises yet. We picked HAL because of its fairly strict Covid measures (almost no vax exemptions, masking, testing etc). We originally booked a balcony on ...
Read More

cameljockey
10+ Cruises
This was a chartered cruise. We went for the entertainers. I believe there were 1600 passengers and 850 crew. No one got sick. Ship was spotless.staff was excellent. The food which is usually sumptuous was not that great. It was OK but not up to HAL standards. Embarking and getting off was smooth for us. We were docked at pier 26. Nice terminal and very well organized. Still don't approve of ...
Read More

A delight to be back on Holland America

lupaglupa
6-10 Cruises • Age 50s
After several cruises on other lines and a long time with no cruises at all, we were so happy to be back on a 'dam ship again. Just as we remembered, Holland America Line is the best. We had a wonderful cruise, in large part due to the excellent staff on board. We were pampered at every step and treated like long lost friends. The food has always been good on HAL and this cruise it was better than ...
Read More

Still Too Early to cruise on this one

Eyre
10+ Cruises • Age 60s
We originally booked this pre-covid and have deferred or been postponed ever since. Finally left on December 11th. The original ports of call had been re-arranged so St Thomas was out and the Dominican Republic was in The passenger count was in the high 800's (we heard several different numbers) on a ship that holds 1900. We had the usual battle for a table for two Which always ...
Read More

Great Escape For Our Group

stickey_mouse
6-10 Cruises • Age 30s
Our group of 17 had a delightful cruise aboard the Nieuw Amsterdam last week.  The ship was very clean and well maintained. I had been on her before and knew I was a fan, and this trip confirmed it. Easy layout and just the right size. There are some places with wear, but nothing major (the old carpet in the spa area comes to mind). The ship was less than half full, and boy does this spoil you! ...
Read More

graham2213
6-10 Cruises • Age 60s
We booked this cruise through a tour website thinking, by December, we would be in better shape regarding covid. This is not the case but we proceeded to take the cruise anyway. HAL handled boarding really well. Boarding was scheduled so no crowding. We were on board in less than 10 minutes and our luggage wasn’t far behind. There was plenty of storage, a roomy shower/bath combination and the ...
Read More

Not very exciting, could have been worse.

Mr. Sensible
6-10 Cruises • Age 60s
Understanding this is during Covid, glad we were able to make the trip, but Holland failed on many levels. On the plus side, ship was only half full. This meant little waiting, but also led to a low energy level. The crowd was much older than any cruise I had been on, including previous Holland cruise. There was one, exactly ONE, child on the ship. The itinerary had been changed, ...
Read More

scpd1856
10+ Cruises • Age 70s
A little background, this was our 42nd cruise, the 6th cruise on HAL. Been on Windstar, Oceania, Celebrity, Royal Caribbean, et al. Choose this cruise for its itinerary. HAL changed Key West to Bimini and later changed Grand Turk for Freeport. Both of these new stops SUCKED. Bimini had a few nice beaches but nothing else and Freeport was a joke. We docked at the commercial port where there ...
Read More

berrytarte
2-5 Cruises • Age 40s
Food: I was impressed by the main dining rooms, the meals were consistently well prepared with equally good meat, fish, and vegetarian options. Sometimes crisp items, like spring rolls, were soggy, but generally things were very tasty given the mass production. The Lido Deck offerings were bland and repetitive, but not terrible. Desserts were basic but usually tasty, and not as ...
Read More

Jomurbie
6-10 Cruises • Age 60s
We were looking for a week of warmth away from NY cold. We got a lot of wind, rain, rough seas, slow passage (due to 1 azipod) & a skipped port. This was our 6th cruise, but first HAL cruise. It was an economical choice for a Caribbean cruise, but no bells & whistles. Half our passengers were from one group which made certain things difficult as they had 'whole group' activities to attend, then ...
Read More

Find a Nieuw Amsterdam Cruise from $279