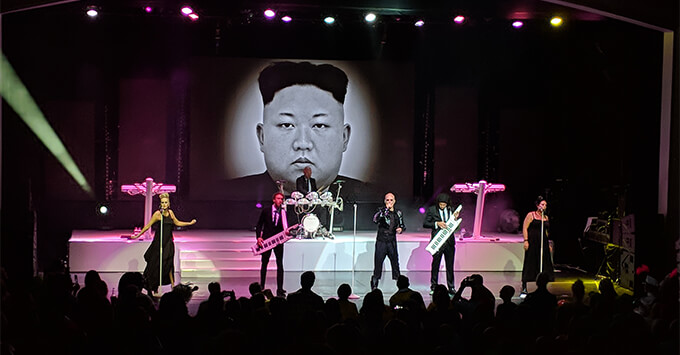 Theme cruises run the gamut these days, but as a child of the '80s -- born in 1975 -- I was thrilled at the chance to sail onboard Navigator of the Seas for Throwback: The '80s Festival at Sea, sailing out of Southampton. I was old enough in the '80s to appreciate the great music and watch the angsty movies but too young to have witnessed some of the edgier musical pieces of the decade. To me, the '80s holds a mostly happy, nostalgic place in my memory, shaped in large part by the music.

Approaching the cruise departures gate in Southampton, it took me about two seconds to realise I might know the American '80s, but I was about to get an education on what the British '80s means. A group of women wearing crisp yellow blazers with blue piping and white shorts scuttled by, and I had absolutely no idea what the reference was. (Turns out, I should have said "Hi-De-Hi!" as they passed, expecting a response of "Ho-De-Ho!" -- a nod to a campy British sitcom that ran for nearly the entire decade.)

The totally awesome costumes were a glimpse into what was to come: A righteous three-day cruise back in time, a journey that pays homage to the stars and sounds of a decade sometimes reduced to simple cliche. Here's this Yank's take on a British '80s cruise. 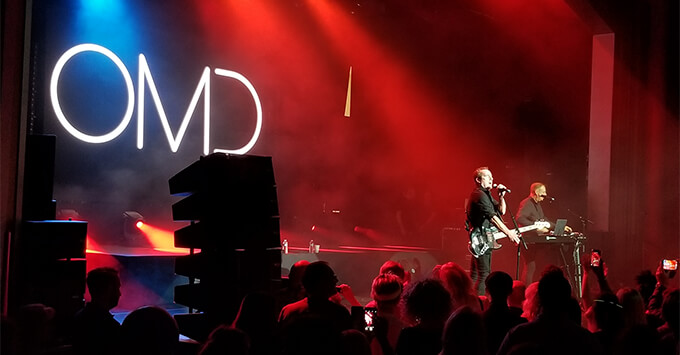 Brits Had Far Cooler Music Than We Did.

The soundtrack for my '80s life included Madonna, Michael Jackson, Wham, Duran Duran and Cyndi Lauper, but the absolute coolest kids in my hometown listened to bands like Depeche Mode and The Cure. When I saw the list of headliners for our Throwback cruise -- Human League, Erasure's Andy Bell and OMD (Orchestral Manouevres in the Dark) -- I flashed back to the synth pop sound that defined British music for a spell. A smattering of their hits made it across the pond, including OMD's "If You Leave" (thanks to the John Hughes' film "Pretty in Pink") and Human League's "Don't You Want Me".

In person, all three were better than I could have imagined. At 63, Human League's Phil Oakey still hits all the high and low notes -- OMG! "(Keep Feeling) Fascination" was brilliant -- and the band played all the hits. Andy Bell mixed it up with old and newer songs, and while a double-hip replacement kept him from pogoing, the man was an incredible ball of energy, deftly navigating between songs like "Oh, L'Amour" and "A Little Respect". OMD, the band I knew least, opened with hit "Enola Gay" and closed with "Electricity", keeping the crowd on their feet the entire time. (I was sad they didn't perform "If You Leave", but other Brit journalists told me it never was a big hit in the U.K.)

Even the cover bands performed to standing-room-only crowds. The runaway favourite was Killer Queen, a Queen tribute band that put on two shows to about 1,500 passengers each. The band played all the hits, and lead singer Patrick Myers gave a spot-on performance that probably would have made Freddie Mercury proud. 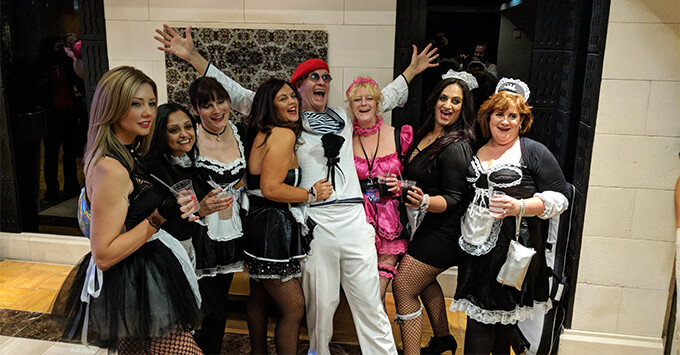 No One Actually Sleeps on This Cruise.

To make sure every passenger gets a chance to see all the acts, headliners put on two shows a night in the main theatre, Metropolis. Other performances take place around the main shows and in various venues around the ship: You might catch Captain Sensible in the Star Lounge or the Duran Duran cover band Wild Boys in Studio B. Then, there's the karaoke in the Cosmopolitan, late-night poolside movies or "Dirty Dancing" live in the lounge. And it's entirely possible you might pass Chesney Hawkes or Jason Donovan in the corridors as you bar hop. Passengers stay up LATE: 3 or 4 a.m. late, and the venues stay open to accommodate the rad party scene. (Conversely, the fitness center and buffet are quiet until at least 9 a.m.) For three full days, '80s fans were fully committed to the cause, celebrating with other fans, sharing drinks and dancing anywhere they found space. By the time we disembarked, everyone was dead knackered. 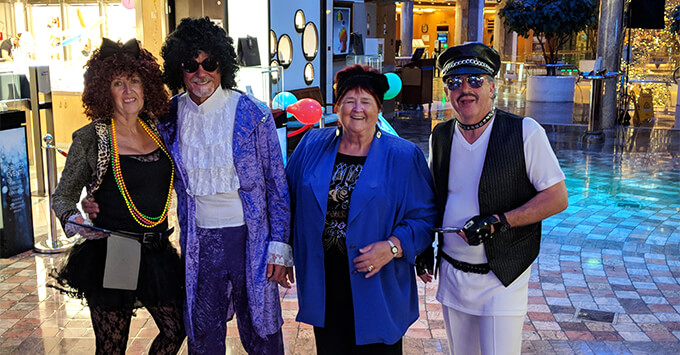 Confession: I absolutely thought "fancy dress" meant formal wear. I much prefer wearing costumes to dressing up these days, so I was happy when my British colleagues set me straight. Passengers brought their A game for their costumes, and it started the moment they arrived at port. Yes, there were the "Hi-De-Hi" references, but other popular costumes included full flight suits from "Top Gun", Madonna fishnet everything and T-shirts reading "Frankie Says Relax" and "Choose Life". Neon colours and big hair dominated, as did track suits and white "Miami Vice"-style blazers.

The event had a couple of theme nights: Lycra and Pretty in Pink vs. Rocky Horror. While more people probably dressed up for the Lycra night, the creativity was on full display for the second night. The number and variety of Riff-Raffs, Janets, Brads and Dr. Frank-N-Furters was exceptional; I'm still wondering how people packed for this cruise.

Before this cruise, I had no idea who Pat Sharp was. A DJ. Great. Got it. Onboard, I quickly realised he was the voice of a radio generation for a lot of Brits. He also was extremely good at his job. Yes, he served as a DJ. But he also was MC at every major event, he co-hosted the morning TV show with the cruise director and spent oodles of time meeting passengers face to face. (The closest equivalent in the U.S. I could think of is a man named Rick Dees, host of the weekly top-40 since 1983, though he never sported as impressive a mullet as Pat Sharp once did.) Sharp fully embraced the over-the-top nature of the '80s while paying homage to the impressive artists who performed onboard Navigator of the Seas. 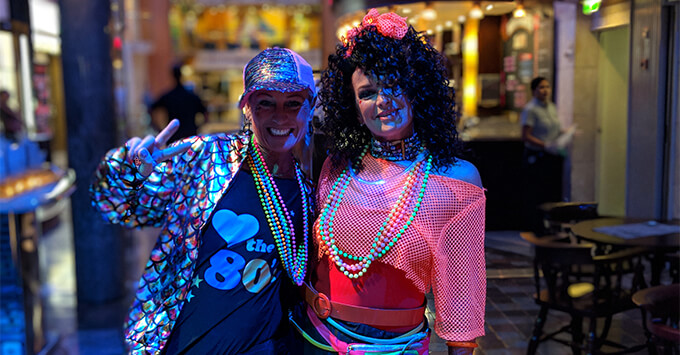 The '80s cruise will be back again next year, with Tony Hadley of Spandau Ballet confirmed, with a couple more big names in the works. Sharp once again will serve as host. The 2019 cruise will take place on Royal Caribbean's Explorer of the Seas next October. Learn more about the Throwback: The '80s Festival at Sea.