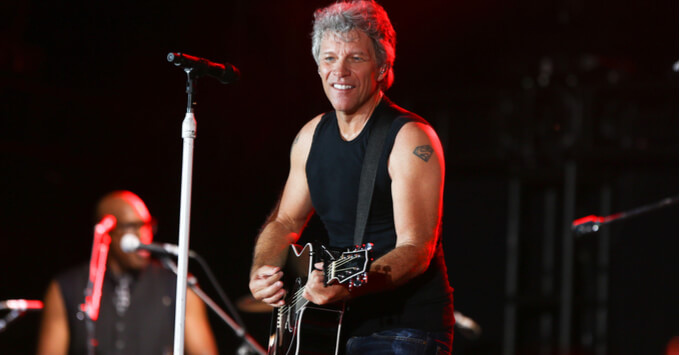 (2:55 p.m. EDT) -- Jon Bon Jovi fans no longer need to be livin' on a prayer to meet the rock 'n' roll legend. Norwegian Cruise Line has revealed it will host the Grammy Award-winning singer-songwriter on two special themed sailings in 2019.

The Runaway to Paradise Cruise will take place on Norwegian Jade from April 12 to 16, as the ship sails roundtrip from Miami to Nassau, and Norwegian Pearl from August 26 to 30 during a short Mediterranean rountrip cruise from Barcelona to Palma de Mallorca, Spain. The highlight of each sailing will be a concert on the pool deck, starring Jon Bon Jovi and the 11-piece Kings of Suburbia band.

With Jon Bon Jovi onboard for most of the cruise, fans also will have several opportunities to get to know and even meet Bon Jovi through a series of themed activities like an acoustic storyteller set with a Q&A. Other activities will include panels featuring key figures from the band's history, concerts by secondary artists (yet to be announced) and a photo session for people in the first 400 cabins booked on each cruise. All fans will receive an autographed event lithograph.

"We are beyond excited to host Runaway to Paradise aboard Norwegian Jade and Pearl" said Andy Stuart, president and CEO of Norwegian. "Hosting an international rock and roll sensation like Jon Bon Jovi is a testament of our commitment to offer world-class entertainment for all who sail with us. With the recent refurbishments, both of the ships are ideal venues to host this musical experience and will certainly provide our guests with the vacation of a lifetime."

In addition to the events, fans will be able to try Hampton Water rose, a new wine created by Jon Bon Jovi and his son, as well as purchase Bon Jovi merchandise at the onboard shops. The ship also will feature a pop-up version of The JBJ Soul Kitchen, a nonprofit community restaurant developed by Jon Bon Jovi that serves both paying and in-need customers. Dining at pop-up venue will cost extra but all proceeds will go toward Jon Bon Jovi's Soul Foundation and The Soul Kitchen.

Fares for the Bahamas itinerary start at $1,895 per person, and $2,221 for the Mediterranean itinerary -- both based on double occupancy. The two sailings are now open for pre-sale on RunawayToParadise.com.

The Runway to Paradise cruise was developed in partnership with Runaway Tours and longtime Norwegian partner Sixthman, through which the line hosts several other music festival-style cruises. Check out the Music Theme Cruises roundup for a glimpse of other sailings on offer.