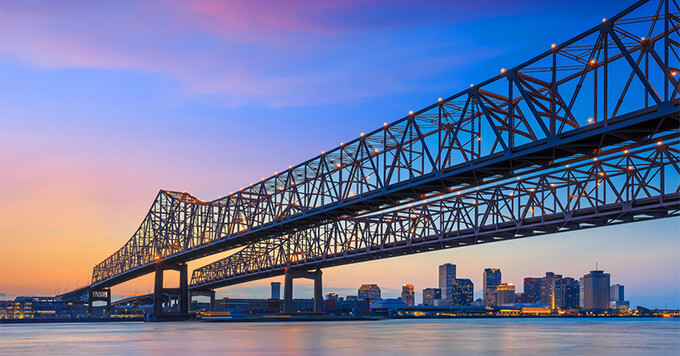 (12:05 p.m. EDT) -- Mickey Mouse, Elsa, Goofy and other Disney character favorites are going down the Bayou. Disney Cruise Line has revealed it will sail from New Orleans for the first time ever, beginning in February 2020.

On six cruises departing between February 7 and March 6, Disney Wonder passengers will be able to sail from the popular Louisiana homeport, which served as the inspiration for Disney's "The Princess and the Frog," to the Bahamas and Caribbean, the line revealed this morning during a livestream announcement. Itineraries range from four and six nights to seven nights, and all include stops in Castaway Cay, Disney's private island in the Bahamas.

Disney Wonder also will offer two special sailings to the Hawaiian Islands of Oahu, Maui, Kauai and the Big Island in 2020, following a five-year hiatus. They include a nine-night cruise to Honolulu from Vancouver on April 29, and a 10-night cruise back to Vancouver on May 8. The ship historically has offered Alaska cruises from Vancouver during summer seasons, though summer 2020 itineraries have not yet been released.

Before its short season in New Orleans, Disney Wonder will offer two Southern Caribbean cruises from San Juan, as well as seven Baja and Mexican Riviera sailings from San Diego.

Meanwhile, Disney Cruise line's three other ships -- Disney Dream, Disney Fantasy and Disney Magic -- all will operate Bahamas and Caribbean itineraries from Florida (between Port Canaveral and Miami) in early 2020.

Disney is in the process of building two new ships, slated to debut in 2021 and 2020. Port Canaveral's CEO John Murray said both ships would homeport in Port Canaveral (commonly associated with Orlando); the line has yet to reveal their itineraries.