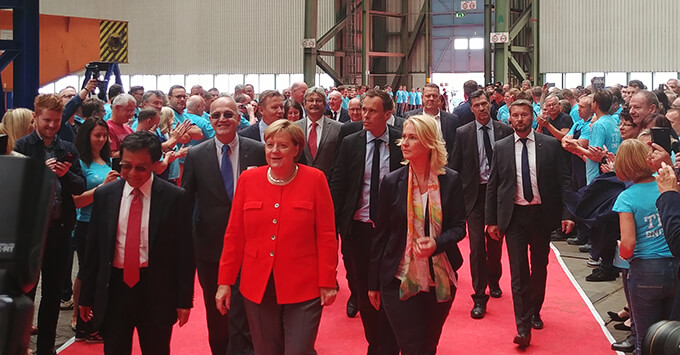 (10 a.m. EDT) -- A colorful, red carpet ceremony with flowers, sparklers and an appearance by German Federal Chancellor Doctor Angela Merkel marked the keel laying of Crystal Endeavor, luxury line Crystal's first purpose-build expedition yacht and the first in its new expedition arm, Crystal Yacht Expeditions. Merkel was among many other dignitaries at the ceremony, which took place at MV Werften's Stralsund shipyard in Germany.

The groundbreaking ship, slated to launch in 2020, will boast two excursion helicopters, a submarine and aft marina, and sail exotic itineraries throughout Asia, Australia and Antarctica. Its keel laying is the official first step in its construction.

"The keel laying for Crystal Endeavor here in my political hometown of Stralsund marks a special moment for me that is doubly significant," said Chancellor Doctor Merkel. "We can build container ships, but Crystal Endeavor ... an ice-going vessel that will take people to the most remote sites … I've seen all the images and I wish I could take a voyage on that vessel."

Crystal Endeavor will "take the expedition cruise industry to levels of luxury that aren't available currently," Crystal president and CEO Tom Wolber told a small group of international journalists after the event. Wolber, along with Genting Hong Kong's executive chairman and CEO Tan Sri Lim Kok Thay and Mecklenburg Western Pomerania's Prime Minister Manuela Schwesig helped with the keel laying by attaching a ceremonial plaque to the keel after it was lowered. 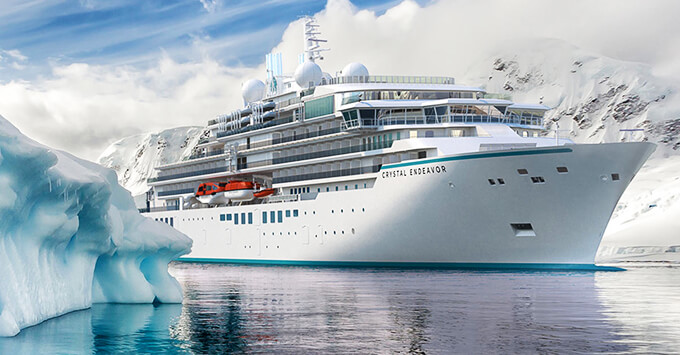 Immediately before the 400-ton piece of keel was laid, 88 U.S. dollars and 88 euros -- all in coins -- were placed beneath the keel. Eight is a lucky number for the Chinese; Genting Hong Kong is the parent company of both Crystal Cruises and the MV Werften Stralsund shipyard.

The chancellor, along with numerous other German dignitaries, spoke at length about the importance of the shipyard, a subsidiary of Genting Hong Kong, to the economic stability of Germany's Mecklenburg Western Pomeranian state.

"Today, the foundation has been laid for this highly sophisticated, state-of-the-art cruise ship. But the ceremony itself, which is taking place in the lively shipyard with the participation of so many employees and trainees, also bodes well for the future of shipbuilding in the Hanseatic City of Stralsund and in Mecklenburg-Vorpommern." 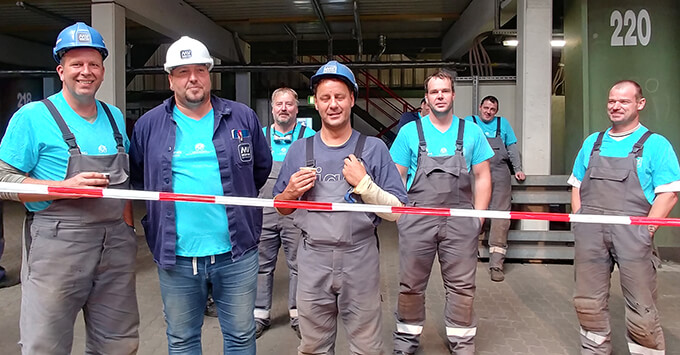 Crystal Endeavor, a Polar Class 6 ship, will feature 100 balcony suites, all with private butler service, walk-in closets and spa-style bathrooms with dual vanities, anti-fog mirrors and rain showerheads; a large spa; and six fine dining restaurants. Its Polar Class 6 rating will enable it to operate in summer, and autumn through medium first-year ice, giving it a longer season in arctic regions.

The ship will begin its inaugural season August 2020 with a 17-day Russia Far East cruise departing roundtrip from Hong Kong. It will then sail a series of cruises around Japan, Indonesia, Australia and New Zealand before heading south to Antarctica in January 2021.