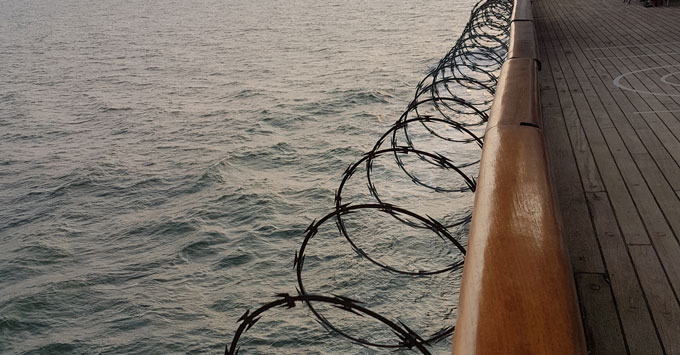 In the third and final instalment from her 108-night Wonders of the World cruise onboard Fred. Olsen's Black Watch, Danielle Fear reports from the most dangerous shipping area in the world -- round the horn of Africa through the Red Sea to the Suez Canal, where piracy is still rampant and razor wire is added to the handrails ....

(Danielle previously reported on the Crossing the Line Ceremony and Habits and Routines).

We picked up a security team the day before our call to Cochin, in India, and almost instantly they began the task of readying the ship, crew and passengers for a sailing that would take us into pirate waters off the African coast. We were to pass Somalia and Yemen as we made our way through the Red Sea. Although the area is rife with pirate activity, it is rare for them to approach cruise ships. It's mainly cargo vessels they target, but it certainly never hurts to be prepared, just in case, and the team onboard was firmly on top of everything. 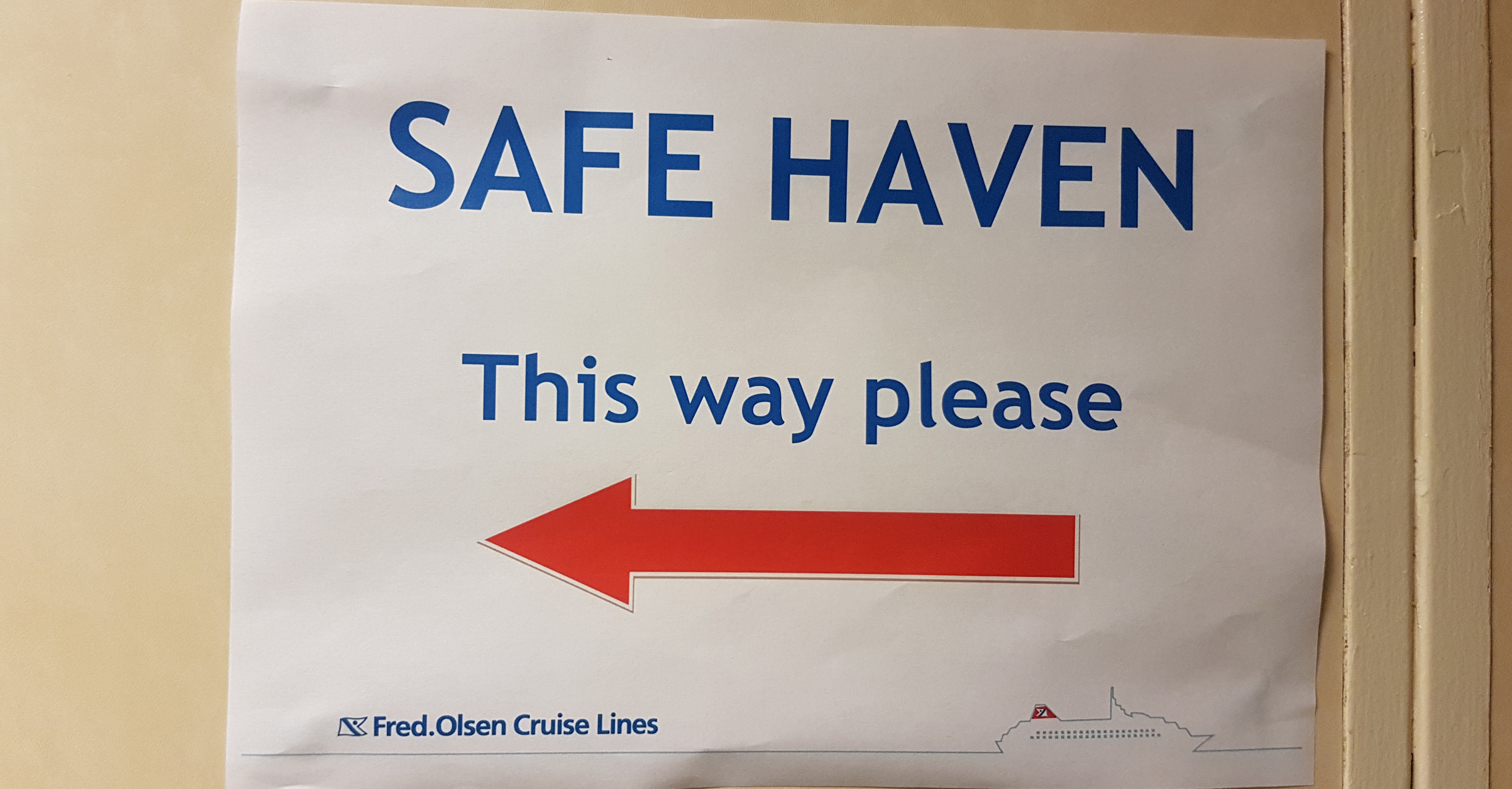 Razor wire was put along the outer sides of the handrails along the entire length of the Promenade Deck, water cannons were set up, and when the ship left Mumbai, passengers had to attend a mandatory "safe haven" drill. This was so we knew where to go and what to do in the event of a pirate attack.

When we entered the heart of the area where pirates have approached vessels, all curtains had to be closed from 6 p.m. until 6 a.m. the following morning, and all exterior lights were switched off as the ship was plunged into darkness.

I actually quite enjoyed the dark evenings onboard; the stars were crystal clear. The ship's security team and the security team we picked up were on "pirate watch" 24/7, and we had warning signage along the side of the ship in the Somali language.

Although attacks have taken place, it has been quite some time since a cruise ship was approached, and as our captain said, at that moment, because of the navy vessels also in the area, we were probably in the safest place on Earth. 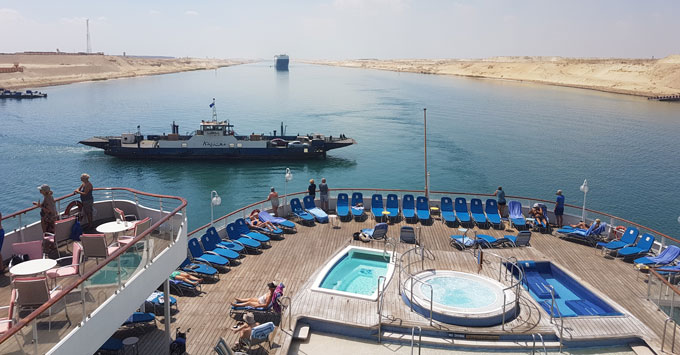 As it was, the journey passed without event, and following stops in Jordan and Sharm-el-Sheikh, we found ourselves about to transit the Suez Canal. For the same reason the Panama Canal was constructed (to cut down journey time), so was Suez, but 60 or so years earlier. It connects the Red Sea with the Med, but unlike the Panama Canal, the 120-mile waterway has no lock systems. (Interesting historical side note: The same engineer who built the Suez Canal -- Ferdinand de Lesseps -- attempted to build the Panama Canal and failed spectacularly, as he tried to build it with no locks. He almost bankrupted France in the process.)

The transit, which took eight hours, felt like sailing right through the heart of the desert. The sun baked down, and, as far as the eye could see, there was nothing but sand until we reached a residential area that seemed to appear, mirage-like, from nowhere.

This world cruise has been an extraordinary experience from start to finish, with this sector certain to be one of my lasting cruise memories.