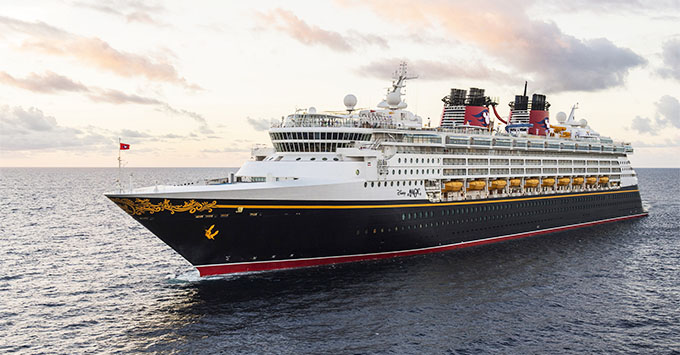 (3:15 p.m. EDT) -- Disney Cruise Line passengers will have a lot to chew on when they go ashore in Europe, Alaska, Canada, Mexico, the Caribbean and the Bahamas.

The cruise line has partnered with "The Chew," ABC's Emmy award-winning daytime talk show, to design food-focused excursions, including market shopping trips, cooking lessons and exclusive dining experiences. Some, like a seaside wine and chocolate paring in Cozumel, are limited to adults, while others, including a pizza-making activity for children in Sorrento, are designed for families.

For example, "Chew"-approved excursions will teach how to decorate a monster-themed cake during a trip to Loch Ness in Scotland; and salsa-making (and dancing) in Cabo San Lucas. There will also be a king crab fishing and dining adventure in Alaska; and an intense culinary boot camp in Prince Edward Island.

"Our friends Clinton Kelly, Carla Hall and Michael Symon, hosts of 'The Chew', have given their stamp of approval on these culinary adventures offered in countless destinations across the globe," wrote Disney Cruise Line's senior manager of Port Adventures, Arnaldo Zanonato, in a blog post.

Dates for the "Chew" shore excursions have not yet been announced.

In addition, Disney is adding Broadway glamour to select sailings as it reprises its "Stars Set Sail" program, which brings top theatrical actors to cruise ship stages. Featured performers on this year's lineup include Alton Fitzgerald White, who played Mufasa in more than 4,000 appearances of "The Lion King"; Jonathan Freeman, who voiced the evil Jafar in the animated film "Aladdin" and plays him in the current Broadway show; Steve Blanchard, the longest-running Beast in "Beauty and the Beast"; and Kara Lindsay, star of the original cast of "Newsies" on Broadway and in the film.

The Broadway stars will appear on select sailings of Magic, Wonder and Fantasy for the remainder of 2018.