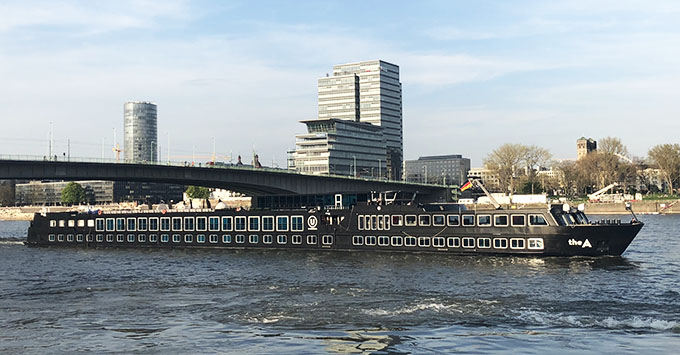 After much buzz, what is it really like to cruise aboard the inaugural sailing of U By Uniworld's river ship The A, the first so-called millennial cruise line?

It's laidback; the bacon and eggs (and salad and pastries and chia seed smoothies) from brunch are available well into the afternoon. It's innovative; an excursion might take you on a tour around a structurally mesmerizing German coal mine museum -- by bike, the first cruise line to do so. It's social; in the evening, you can expect to meet your friends for drinks at the rooftop bar onboard -- they're not the friends you came with, but somehow you've all known each other for what feels like forever.

It's actually a bit like a floating summer camp for adults, if that camp included the chance to sip an Aperol spritz on a sun deck with the Rhine River Valley as our backdrop. While a younger demographic was certainly kept in mind while designing the ship and its programming, it's a vacation intended for like-minded adult travelers -- of which we've found many -- and there is no longer a formal age restriction to sail. 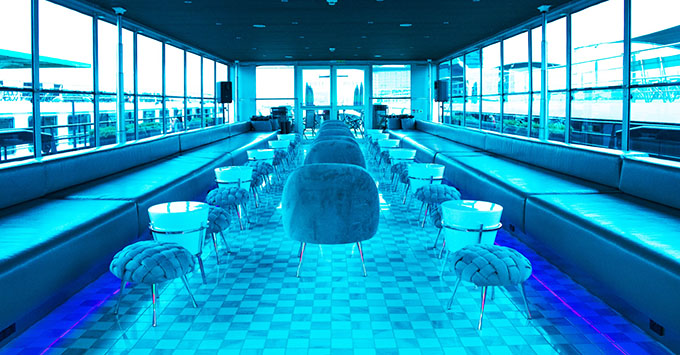 What's Millennial About It?

The U By Uniworld approach to "millennial" isn't cold and clinical, it's a passion project that pooled resources to appeal to an adventurous and modern traveler, who maybe has never considered a cruise (the original age definition was 21 to 45, which goes slightly beyond the typical millennial years). When some of Uniworld's old river ships needed a repurposing -- The A is the former River Ambassador while sister ship The B was the River Baroness, the company surveyed former travelers with sister brand Contiki, and also held in-office focus groups to see what ideas might work.

"We had so many ideas, it was harder to narrow them down than to come up with them," Uniworld president Ellen Bettridge told Cruise Critic in an interview onboard The A. "For example, the Ice Bar [bar on the top deck of the ship] was a last-minute addition. We thought: What do we like about the hotels we visit -- like W, Moxy or Mama Shelter? We wanted it to be fun, but classy."

Economical cabins don't sacrifice style and stowage; curated cocktails are a trendy touch that makes the atmosphere onboard feel closer to that of an urban city center.  Fabric on the walls is one example of a sophisticated but playful design element. A woman -- a family member of parent company The Travel Corporation's CEO, to be exact -- was specifically tapped to design the cabins resulting in tons of storage space and thoughtful bathroom layouts. Bettridge's husband, a senior features editor for Cigar Aficionado and contributor to Wine Spectator, developed the cocktail menu so the lounge feels more like a hip bar than a sleepy space for the same glass of pinot (though that's there too). 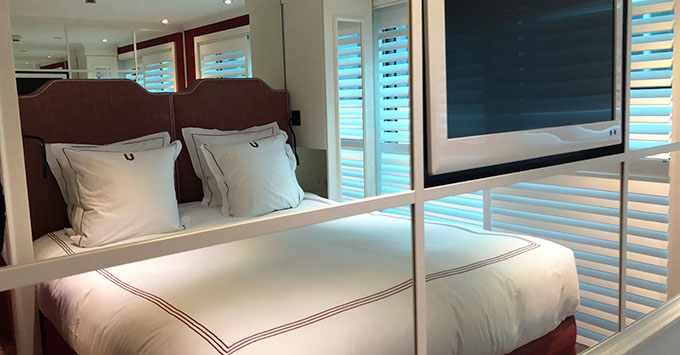 Outlets at the dinner table might make some eyes roll, but we found we have been too busy chatting and laughing with our tablemates to look at our phones. They are necessary, however, as the schedule is very minute-to-minute and the program for the day is only posted on screens near the reception desk or on your cabin TV -- nothing is printed, an aspect of the cruise even our young blood had to adjust to. Up-to-the-moment communications are made using WhatsApp, a messaging app where a special group is created just for your sailing. Hardcore planners might feel a bit uncomfortable about the fuzzy details, but the social component of WhatsApp also means photos, videos and PDF schedules are automatically shared to your device.

Two unique features of the U By Uniworld onboard experience are the shared plate concept at dinner (serving family style, rather than individually plated) and an effort to engage passengers in the nightlife both onboard and in port. If you've never heard of a silent disco, imagine a crowd dancing to different music on their own headphones, but channels can be synced up or switched at will. These same headphones will be used to host a "silent cinema," which will feature a movie screen at the back of the ship on the top deck, and passengers can either watch the film, listen to music and zone out or hear commentary from the captain about the sites they're sailing past.

Skeptics might write off the idea of a "young" river cruise line as gimmicky, or too ahead of its intended consumer base (just getting 20- and 30-somethings to cruise at all can be a challenge). But we're here to attest to the fresh-faced honeymooners who booked with savvy travel agents and an overall group of about 80 people from at least eight countries who seem to agree that locally sourced food, smart design and a built-in comradery -- aided by hip onboard guides called U Hosts -- are all elements that combine to create a relevant river cruise experience, not one that feels forced or pandering. 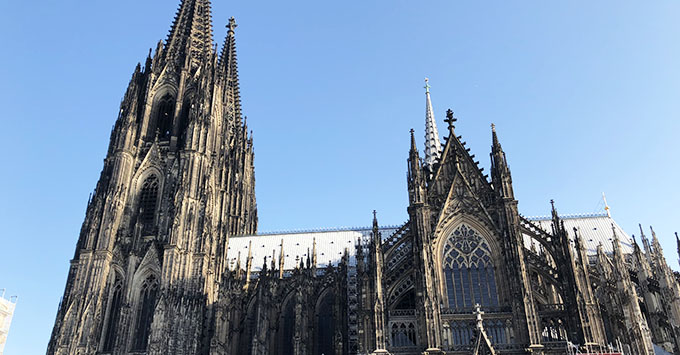 So what are the odds that concepts like these would be rolled out to a 'typical' river cruise line with an older crowd? It's already happening. Bettridge told us that shared plates are slowly being introduced to standard Uniworld ships and that guest feedback is positive. "It gets people to engage more with others over a meal," Bettridge said.

The silent disco/cinema is also on its way to be tested onboard Uniworld ships within the year, and Bettridge said that three ships in the fleet -- Maria Theresa, Antoinette and River Countess -- will debut dine-in theater as a way to offer something different to their core Uniworld cruisers during at least one night of a seven- to 10-night sailing.

Excursions on U offer a different take on the same walking tours and historical sites, with many of them active (and truly active; a bike ride to and from a wine tasting at a "Game of Thrones" filming location in an old German abbey is a rather serious 38 miles). Bettridge assured us that Uniworld cruises still remain active in their own right, with biking tours and in fact, the brand is developing more hiking tours at the moment as well. Local guides on our mine biking tour told us that business is booming, with more bookings than ever for active and outdoor excursions. 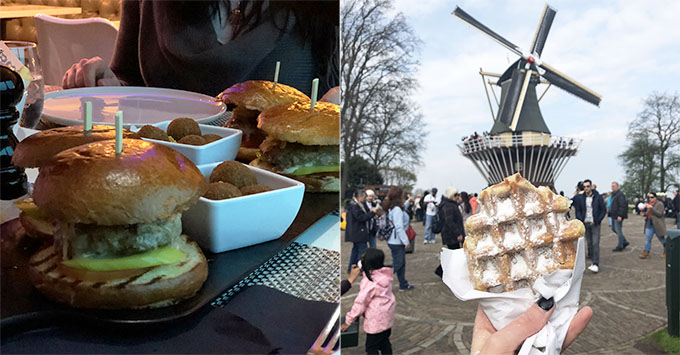 U By Uniworld was conceived and fully developed into a brand in less than a year; even though it's still very new, it's not a product that is coming to the market half-baked. The question remains whether U will continue to fill its ships; brands are hard to launch, price points are hard to predict and well-intended concepts do sometimes flounder (think of Fathom, Carnival's entry into voluntourism). The company's website shows many berths still available for 2018.

Still, U has already announced it will refurbish another ship, The M, for Vietnam's Mekong. River cruise lines should take note: the millennial generation --one with an inherently strong desire to travel -- will be the retirees of future decades. From what we've seen these past few days, U by Uniworld is listening to them now, with the intent of capturing their interest -- and the broader interest for a new way to river cruise -- for years to come.