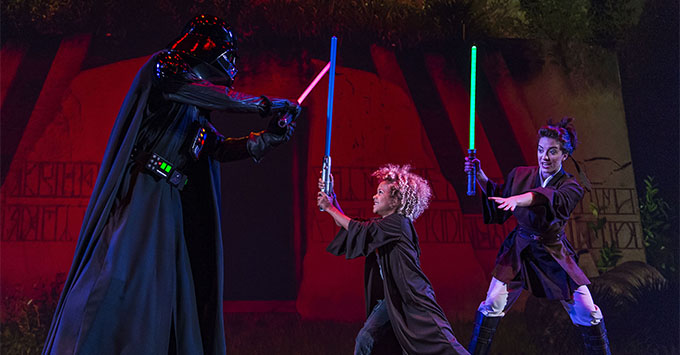 Disney Cruise Line has revealed it will extend its popular Star Wars Day at Sea program through 2019, with the addition of nine cruises -- each of which will include a Star Wars-themed sea day complete with special programming and restaurant menus. Family-friendly activities include Star Wars character meet-and-greets, movie nights (featuring new releases), Star Wars trivia and a Jedi training show where kids can learn lightsaber skills and battle Darth Vader.

Throughout the day, restaurants and bars also will serve themed foods and cocktails. The sea day will end with a fireworks show and deck party, hosted by Star Wars heroes and villains.

Star Wars fans can choose from the following 2019 itineraries and dates: