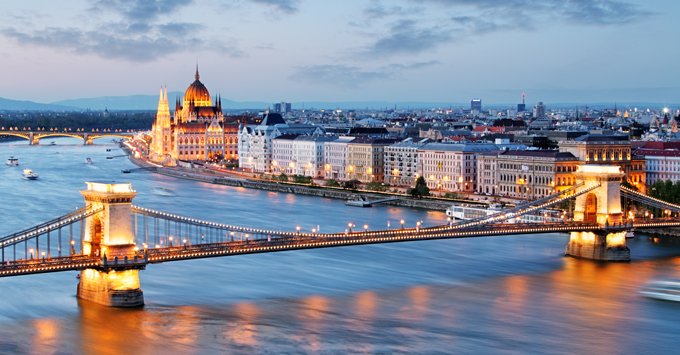 Based solely on ratings provided by cruise travelers who have written reviews on Cruise Critic, the awards highlight the best region, best overall port and best ports across 15 popular regions that include Alaska, Europe and the Caribbean.

According to cruisers, Budapest is the top-rated European River Cruise Port. This Hungarian city, found on many Europe river itineraries, is rich with history; many reviewers praise it as ideal for a pre- or post-cruise stay.

"We didn't know what to expect from Budapest, and were pleasantly surprised," explains Cruise Critic member Supcoop3. "It was a very exotic, friendly, and fun city. We loved the food, the baths, and the sights."

Meanwhile, Europe rivers received the highest marks for Best Cruise Region, with Wurzburg, Vienna and the aforementioned Budapest all ranking in the top five on the list of best ports.

Also walking away with an award is Castaway Cay, Disney Cruise Line's Bahamian private island, which earned the title of Best Cruise Line Private Island for the second year in a row. The island, which is clean and easy to navigate, offers large swaths of pristine beach and free buffet lunch, as well as dedicated areas for kids and adults.

"Castaway Cay is just an awesome place and we cannot wait to go back," says member carlstl.

"There are no words to describe this beautiful place," gushes member misslyss1220.