You may also like
Dismiss
Hurtigruten Ramps Up Return to Cruising With Most of the Fleet in Service by September
Cruising the Newest Ship Afloat: Live From Celebrity Apex
7 Highlights From a Week Onboard Celebrity Apex
Live From Celebrity Edge: A Cruise That Seems Normal Again; "I'm So Hopeful"
Emerald Cruises Officially Launches in Australia
Celebrity Beyond Completes Sea Trials; Moves One Step Closer to Debut
Royal Caribbean Unveils New Entertainment Line Up on World's Biggest Ship, Wonder of the Seas
NCL Reveals More Dining, Design Details on New Cruise Ships Norwegian Prima and Norwegian Viva
Celebrity Cruises Partners with Annie Leibovitz, Renowned Photographers in Project That Recognizes Diversity in Travel
Live from Grandeur of the Seas: The Beloved Lady G Cruise Ship Still Reigns 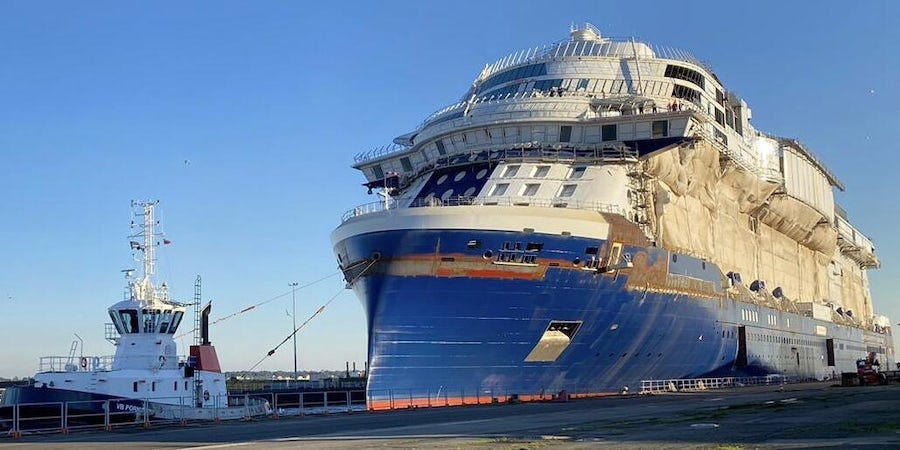 After completing its float out, the ship now enters the next phase of construction ahead of its scheduled debut in December 2023.

"So much more than a ship, Celebrity Ascent will be the embodiment of a relaxed luxury resort at sea, and I can’t imagine a more exciting way to start the new year than by celebrating this important construction milestone," said Celebrity Cruises President and CEO Lisa Lutoff-Perlo.

Celebrity Ascent will also feature the same signature experiences found in other Edge Series ships, like the iconic moveable deck known as the Magic Carpet, which functions as both a tender platform and a swanky bar and dining venue.

Standout accommodations aboard Celebrity Ascent will include the two-story Edge Villa suites with access to the suite-only Retreat Sun Deck; along with the ship's Infinite Veranda staterooms that feature electronically-controlled, drop-down windows.