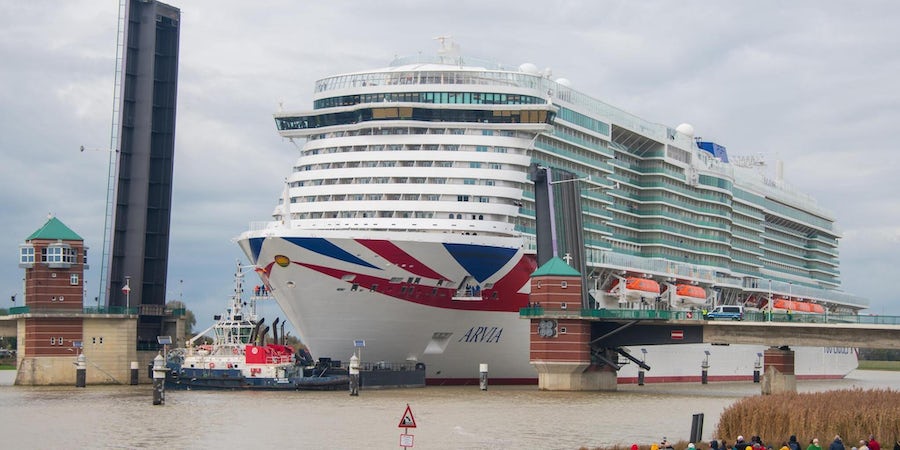 (10 am GMT) -- P&O Cruises will officially name its newest ship Arvia in a beachside ceremony in Barbados on Thursday March 16, 2023.

The event will be broadcast live online to a global audience and according to P&O Cruises, "will include some of Britain's most contemporary, popular performers and presenters".

Arvia's beachside ceremony will be a world first, according to P&O Cruises' President, Paul Ludlow:

"This naming event, which has never been done before, will showcase our extraordinary new ship Arvia, the beauty of Barbados and will include some very special surprises.

"The ship will be positioned off one of the island's most stunning beaches so the audience at home will be able to see both the striking new interior design of the ship as well as the performances and events taking place on the shore."

Arvia Cruise Ship Will Have a Week of Performances Onboard

The build-up to the ceremony will be marked with a week of celebratory performances and experiences on board, Ludlow added.

P&O Cruises for choosing Barbados as the location for this unique event. Barbados continues to share a rich relationship with our sea and tourism, and the cruise industry has been of vital importance to our island and our economy."

He added: "I am delighted that Barbados can be that place that continues to bring more “firsts” to the world, and through this beachside ceremony, give thousands of people the opportunity to see a glimpse of what we have to offer to visitors."

The 5,200-passenger ship is a sister to P&O Cruises' flagship, Iona, and will launch just before Christmas, a couple of weeks later than planned.

It will sail first to the Canary Islands for a Christmas cruise, and then head across to the Caribbean where it will homeport in Barbados for the winter season.

The LNG-powered ship is largely the same as Iona, with a few new features including a rum distillery, an escape room and a top-deck ropes course.

It will also feature a number of new dining options including Green & Co feat. Mizuhana; as well as the Ocean Studios cinema, extensive shopping, the Oasis Spa and Health Club and the stunning SkyDome (pictured).

P&O Cruises revealed a number of these new features in October during a yard visit to Papenburg, Germany, where the ship was built.