You may also like
Dismiss
P&O Cruises Reveals Gary Barlow as New Cruise Ambassador and Musical Director
Did Ed Sheeran Name His Baby After Antarctica Cruise?
Live From MSC Cruises' MSC Grandiosa: What's it Like Sailing on a Big Ship in the COVID Era?
P&O Cruises Restarts Cruising For First Time in 15 Months on Britannia
Another Big Week for Cruising in England as More Ships Set Sail, Arrive For Restart
Royal Caribbean Unveils New Entertainment Line Up on World's Biggest Ship, Wonder of the Seas 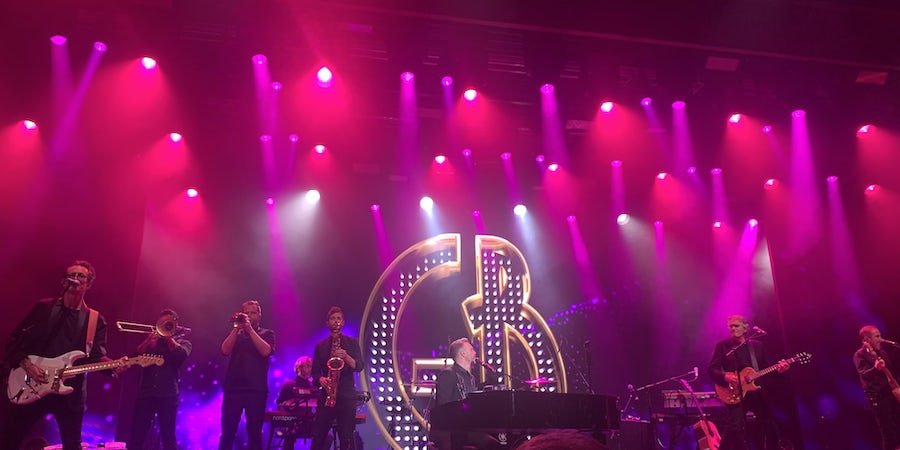 The singer, who is also musical director for the line, performed two special charity concerts on the cruise ship for the very first time as Iona was docked overnight in Barcelona on November 5.

And in case you missed it, the good news is Gary Barlow's next cruise dates are November 22 in Lisbon, also performing two exclusive concerts onboard Iona.

We had the privilege of catching up with him backstage for just a few minutes just before his second performance concert where we quizzed him on his forthcoming plans with P&O Cruises.

"I'm really looking forward to [sister ship] Arvia -- I just saw it last week," he told us. "It will also have a 710 Club and I can't wait to showcase more up-and-coming talent onboard."

The 710 Club is an intimate venue onboard Iona directed by Barlow where up-and-coming musical talent -- hand-picked by him -- performs.

Arvia will also have a number of new-to-the-line features including an escape room, a rum distillery -- and the debut showing of Greatest Days -- the Take That musical.

We asked him what it was like performing onboard a ship -- his first time, even though it was docked:

"To be honest it's not much different from on land -- in fact this theater is a lot nicer than some of the places we go to! It's a new ship isn't it? And this is a beautiful theatre."

Barlow starts his UK tour on November 27 in Belfast, so these four performances on Iona can be seen as warm up gigs.

Passengers onboard had to pay £10 each to be entered into a draw to see him perform, with all proceeds going to Teenage Cancer trust and Child Bereavement UK.

Barlow performed greatest Take That hits for 45 minutes including Back for Good, Relight My Fire, A Million Love Songs, Patience and Greatest Day -- to the delight of passengers packed into the Headliners Theatre.

In his role as musical director, Barlow recommends and encourages new talent on to the ships; on our cruise it was singer/songwriter Ailie Kenna, who has performed at the Big Feastival, among other events.

He also took time to joke with the audience about his boy band days and even invited a "superfan" up on stage and sang to her.

Barlow has also written the Take That musical -- Greatest Days which will debut on Arvia later this month, before transferring to the West End.

Arvia has recently left the shipyard in Germany and started seat trials in the North Sea and will shortly be handed over to P&O Cruises. The ship will then head to Southampton ahead of its maiden cruise on December 23rd to Spain and the Canary Islands.