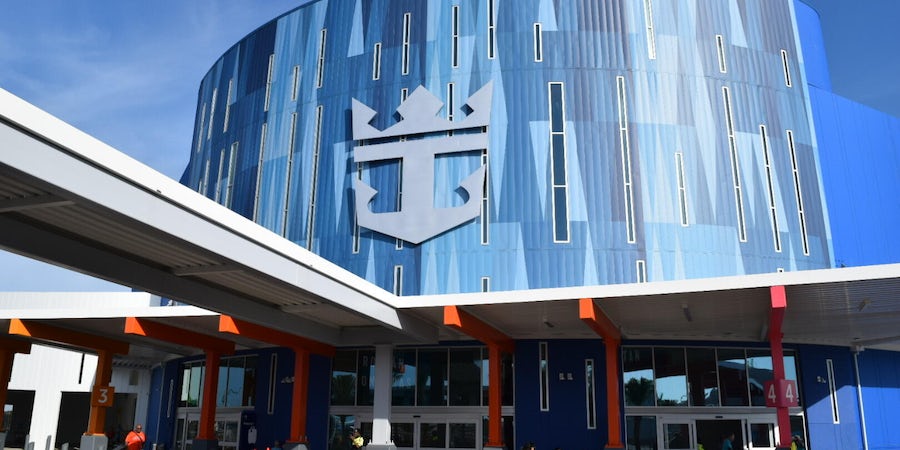 (4:15 p.m. EST) -- As the saying goes, everything is bigger in Texas. And the Port of Galveston just took a 161,334-square-foot step towards upholding the state's lofty claim to fame with today's inauguration of Royal Caribbean's new cruise terminal.

The $125 million building -- officially named Terminal 3 -- expands Royal Caribbean’s presence in the Texan port, increasing its ability to welcome up to 630,000 guests each year. The line previously sailed out of Terminal 2 from Galveston.

The new building is also the cruise line's first zero energy terminal, meaning that it's completely powered by solar panels. The energy required to power the terminal is produced through 30,000 square feet of on-site solar photovoltaic panels.

Terminal 3 also became the new home of Royal's Oasis-class vessel, Allure of the Seas, which is scheduled to sail 7-night Caribbean itineraries out of Galveston. It’s the biggest cruise ship that Royal has placed in Galveston, a testimony to the city’s popularity and potential as a drive-to port.

"Today is a big day for Royal Caribbean," said Michael Bayley, president and CEO of Royal Caribbean International. "We could only bring an Oasis-class ship to Texas because we did build the terminal. No other terminal could manage the scale of the operation that comes with such a ship."

The terminal's inauguration was formalized during a ribbon cutting ceremony led by Bayley. Also in attendance were Craig Brown, mayor of Galveston; Rodger Rees, director and CEO of the Port of Galveston; U.S. Representative Randy Weber; and Craig Mygatt, CEO of Ceres Terminals.

"We're entering the holiday season and to open up this terminal is the best gift for the City of Galveston," said mayor Brown, who also read a proclamation declaring November 9, 2022 'Royal Caribbean International Day,' and presented Bayley with the key to the city.

Aside from its zero-energy designation, Terminal 3 also boasts state-of-the-art features, including mobile check-in and facial recognition to expedite guest arrival.

As part of the inauguration, Cruise Critic embarked on a on a 4-night round trip cruise from Galveston to Cozumel on board Allure of the Seas. Transiting through the terminal took no more than 10 minutes.

The inside of the terminal bears a resemblance to Royal Caribbean's Terminal A in PortMiami. The most obvious similarity is the presence of two massive propellers hanging from the building's lobby ceiling.

But the two-story terminal isn't devoid of unique touches that establish a direct link to Galveston and Texas. The most visible nod to the city is the Galveston Beach Trio sculpture, designed by Texas-based Brad Oldham Sculpture.

Forged in stainless steel and lost-wax bronze, sculpture depicts a musical trio inspired by the musical heritage of the port city, embodied by artists like Barry White and local favorites Joyce Fields and Joe Pena.