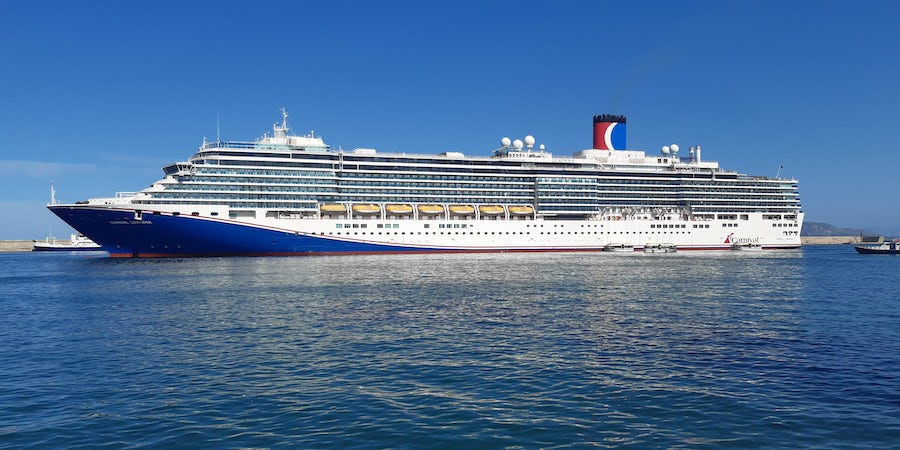 Brisbane Welcomes Carnival Luminosa and Quantum of the Seas

(3:02 a.m. AEST) -- In the space of two days, Brisbane welcomed two cruise ships -- Carnival Luminosa and Quantum of the Seas -- that will homeport at the city's International Cruise Terminal this season, marking a further return to cruise operations in Australia.

Carnival Luminosa arrived on 31 October, officially becoming the first ship from Carnival Cruise Line to be homeported in Queensland's capital.

From its new home at Brisbane's International Cruise Terminal, Carnival Luminosa will embark on its first cruise on 6 November. The ship will operate 28 sailings until 13 April 2023, visiting 60 ports of call across Australia, New Zealand and the South Pacific.

"Carnival Luminosa is a testament to our ongoing commitment to Australia, and the start of a period of growth unlike any other in Carnival’s 50-year history," said Christine Duffy, president of Carnival Cruise Line. "Having a Brisbane-based ship has been a goal of ours for quite some time, so we are so happy that they are the first market globally to experience the big, bright, fun that this ship has to offer."

Following the ship's first season in Brisbane, Carnival Luminosa will reposition to Seattle next May to sail Alaskan itineraries, before returning to Queensland for the 2023-2024 season down under.

Carnival Luminosa is one of three ships that Carnival is adding to its fleet from sister brand Costa Cruises. Carnival Venezia -- formerly Costa Venezia -- is set to join in 2023 and will sail year-round from New York City, while Carnival Firenze -- presently Costa Firenze -- will arrive in 2024 and will be based in Long Beach, California.

Additionally, the cruise line will receive two new Excel-class ships: Carnival Celebration and Carnival Jubilee. The former will arrive in Miami in late November while the latter will arrive next year and will homeport in Galveston, Texas.

Quantum of the Seas Doubles Royal Caribbean's Presence in Australia

The ship arrived following an 18-night transpacific voyage from Honolulu. Quantum of the Seas' first season in Australia will extend through mid-April and features itineraries to destinations in Queensland, Tasmania and the South Pacific.

The 4,100-passenger ship will spend the summer of 2023 in Alaska before returning to Australia later in the year.

Ovation of the Seas arrived in Sydney on 30 October and is set to operate two to 12-night itineraries in Australia, New Zealand and the South Pacific.

Cruises have broadly begun to restart in Australia after a multi-year pause due to the COVID-19 pandemic that emerged in early 2020. P&O Cruises Australia returned its first vessel to service from Australia this summer, with Pacific Explorer re-opening big ship cruising in the country.