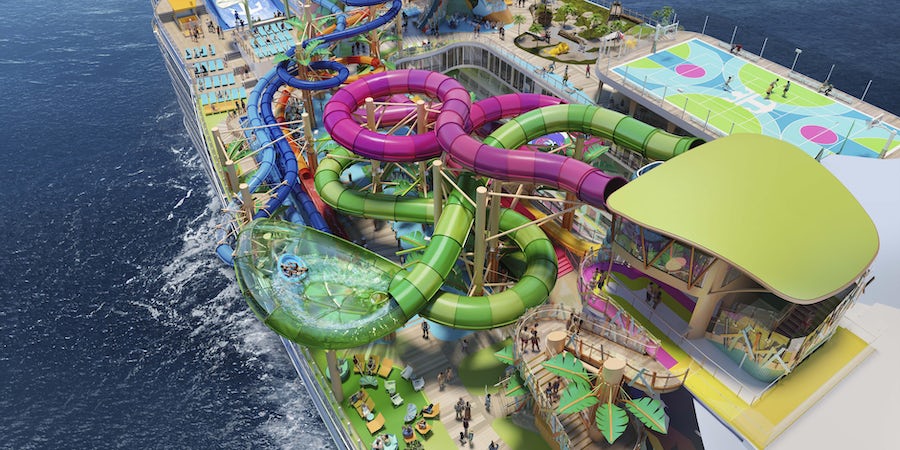 (3:25 EDT) -- More than a year away from its inaugural sailing, Royal Caribbean's new cruise ship Icon of the Seas is already making waves. Itineraries went on sale October 25, which the company says is the largest booking day in its 53-year history.

The 250,800-gross-ton vessel, the first in Royal Caribbean's new Icon class, is expected to be delivered in late 2023. The ship's first sailing is scheduled for January 2024.

"The enthusiasm and excitement for Icon are undeniable in more ways than one," Royal Caribbean President and CEO Michael Bayley said. "The incredible response we have received from our loyal guests, vacationers new to cruising, crew members and travel partners continues to come in, and this is just the beginning. We can't wait to share more of what Icon has in store in the coming months."

Royal Caribbean has shared details about Icon of the Seas' public areas and cabins, including the ship's eight neighborhoods and 28 room categories. According to Bayley, the first reveal of the ship -- made public October 27 -- constitutes about 20% of what's in store. More reveals are expected throughout 2023, leading up to the delivery of the ship.

Prices are Higher But Not a Deterrent

On Cruise Critic's message boards, community members have expressed their excitement for the new ship, while also commenting on the cost of the fares.

"Pretty pricey, but I guess not that much more expensive than the holiday cruises," ARandomTraveler wrote on a thread about the ship. "Plus it's a new ship so that's to be expected."

Added KimA75: "I grabbed a junior sunset (suite) on the 9/14/24 sailing. I can't wait to try this new cabin. It's definitely more than I was hoping to spend, but with it so far out I have plenty of time to make payments towards it."

Icon will homeport in Miami, sailing year-round seven-day itineraries to the Eastern and Western Caribbean. Every itinerary will feature a call in Royal Caribbean's Perfect Day at CocoCay in The Bahamas.