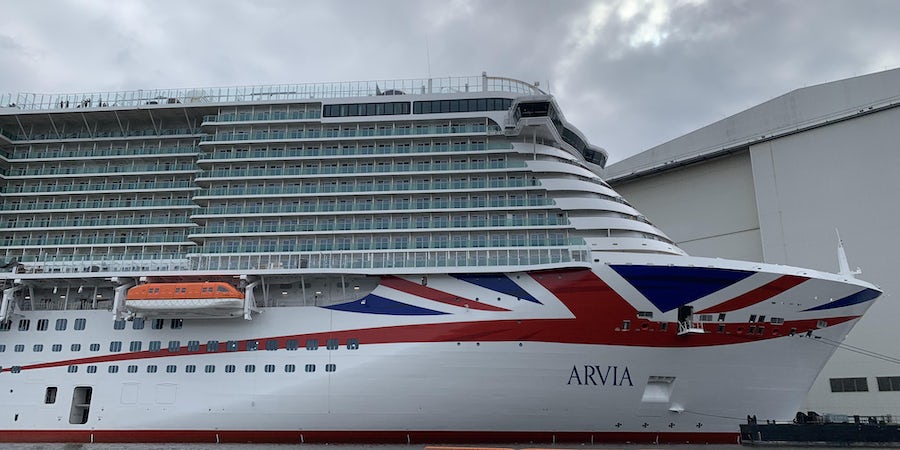 (6:30 p.m. BST) -- P&O Cruises has been forced to cancel the maiden voyage of its new ship Arvia "for reasons beyond our control".

The line released the first images of the ship less than three weeks ago, along with confirmed dates for sea trails (late November), the handover ceremony (December 1) and  the ship's arrival into Southampton on December 3.

"For reasons beyond our control, we have regrettably taken the decision to cancel Arvia's first cruise which was scheduled to depart Southampton on 9 December 2022.

"Arvia's first sailing will now be 23 December 2022 to Spain, Portugal and the Canary Islands prior to the ship repositioning to the Caribbean in January.

"Whilst we know this is disappointing for those guests who were booked to travel on 9 December we will not compromise on the high standards of build, interior design and service for which P&O Cruises is known."

The final line implies that some of the interior fittings have been delayed -- an issue which has affected a number of new ships throughout the year.

Arvia is a sister to Iona and is the same in terms of size and layout, but passengers can expect a number of new features onboard including an escape room, men's grooming, experiential shopping and new spa experiences.

The line also has some special offers out for Arvia's maiden Caribbean cruise including a £1,399 offer per person for an inside cabin which includes a 10% deposit, £100 off per person and extra onboard spending money.