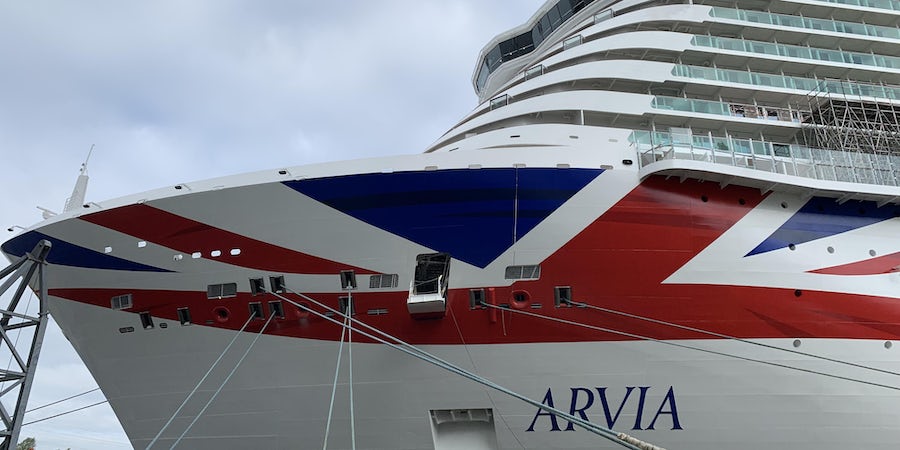 (11:30 a.m. BST) -- P&O Cruises has released a number of special offers to coincide with the launch of its newest cruise ship, Arvia, in less than two months.

The line has a special £849 offer per person for an inside cabin for Arvia's maiden cruise to Spain, Portugal and the Canary Islands.

P&O Cruises also has a £1,399 offer per person for an inside cabin on Arvia's maiden cruise to the Caribbean -- which includes a 10% deposit, £100 off per person and extra onboard spending money.

Arvia has many of the same features which debuted on sister ship Iona -- as well as a few new-to-the-line features including an Escape Room, a top-deck ropes course, new restaurants and a rum distillery. And like Iona, Arvia is powered by LNG (Liquefied Natural Gas).

The 5,200-passenger ship is currently under construction in Germany and will arrive in the UK on December 3, ahead of the maiden voyage.

The two-week cruise will include a sail away party on deck and appearances and performances from special guests. Each passenger will also receive a commemorative gift in their cabin.

The ship will then return to Southampton for a Christmas and new year cruise to the Canary Islands, before returning to the UK again to then set off for the Caribbean.

The ship will sail to Tenerife on January 6, before crossing the Atlantic and arriving in St Maarten on January 17, 2023 and Barbados three days later, where it will be based until March.