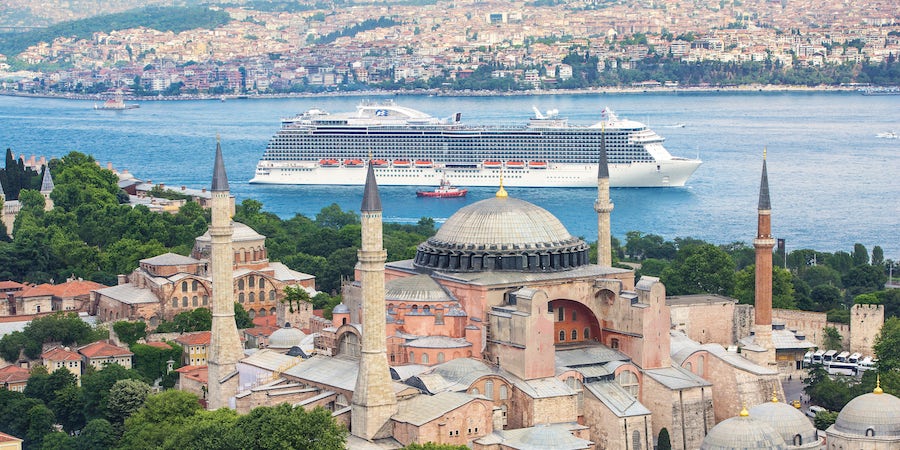 Making Another Run: 'The Real Love Boat' Debuts on CBS

Now a reality dating show, the 'Real Love Boat' airs on CBS, and can be streamed live and on demand on Paramount+. The series takes place onboard Princess Cruises' 2014-built Regal Princess as it sails the Mediterranean Sea.

While the total number of episodes for the first season hasn't been revealed, the show will air on Wednesdays at 9pm eastern, sandwiched between fellow reality series 'Survivor' and 'The Amazing Race'.

Past passengers may recognize Mitcham, who previously served as one of Carnival Cruise Line's most popular cruise directors before joining Princess.

The opening credits of the show are based on the original “Love Boat” opening sequence, complete with a new version of the theme song (originally performed by Jack Jones), sung by hosts O'Connell and Romjin.

Throughout the reality show's season, singles embark on dates in Mediterranean destinations like Barcelona, Marseille, Rome and Santorini, and compete in challenges to test couples’ compatibility and chemistry. The winning couple takes home a cash prize plus a trip courtesy of Princess Cruises. The singles who don't find a match will be "left behind" in the various ports visited during the show's season.