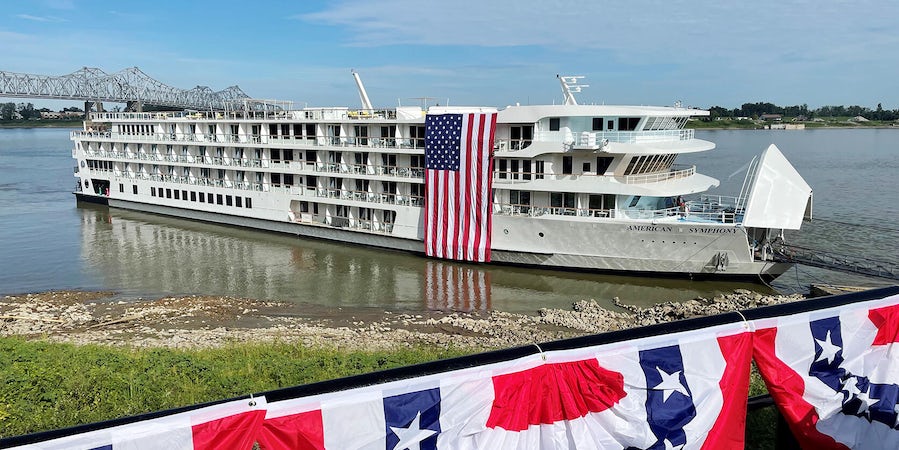 "American Cruise Lines led the last decade of river cruising on the Mississippi and, with new boats like American Symphony, will lead the next one. Natchez, Vidalia, and all the towns along the way make the Mississippi the best cruising river in the world. We are so grateful for all the community involvement in tourism on the river and we are honored to make Natchez the Godmother City of American Symphony," said Charles B. Robertson, president & CEO of American Cruise Lines.

American Symphony can hold up to 175 passengers and features five decks, six public areas and 91 cabins spread across six different categories. Other notable details aboard the ship include a four-story glass atrium, a library, fitness room, a wellness-yoga studio and a retractable gangway on the bow that allows American Symphony passengers to disembark in non-traditional locations.

The ship's inaugural voyage is following an 8-Day Lower Mississippi River itinerary, which originally departed from New Orleans on August 27 and concludes in Memphis, Tennessee on September 3.

American Symphony will operate voyages on the Mississippi River that range from one to three weeks in duration, sailing from New Orleans to Memphis, New Orleans to St. Paul, St. Paul to St. Louis, or reverse.