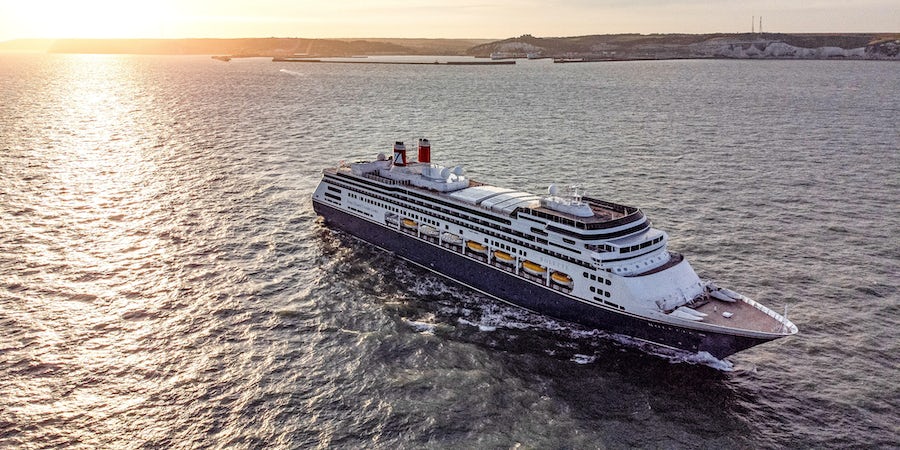 (9:58 p.m. BST) -- Fred. Olsen Cruises announced on Facebook late Thursday it would be scrapping four winter departures aboard Bolette due to lack of demand, while a propeller issue aboard Balmoral is cancelling the ship's next sailing.

Peter Deer, Managing Director of Fred. Olsen Cruises, commented that, " We are sorry to say, as many of you will know, we have had some not-so-good news to share with you this week. We know it has left some of our guests disappointed and this is not something we ever like to do. We thought it would be helpful to explain what has been happening, why, and to help answer any questions you might have."

Deer went on to state four voyages onboard the line's recently-acquired Bolette will be cancelled, with the ship resuming operations in time to conduct its Holiday Cruise scheduled to depart on 21 December 2022.

"Cancelling these cruises was not an easy decision for us to make and our team have been speaking with guests who are affected to help them find an alternative cruise to look forward to."

Deer did not specify the exact sailings being cancelled. The last bookable Bolette sailing online is the vessel's 21 October "Antwerp and Amsterdam City Break" departing from Dover.

Meanwhile, a propeller issue on the 1988-built Balmoral has resulted in an unscheduled drydock for the ship, necessitating the cancellation of its next sailing.

"These things happen of course, but the timing really couldn’t be worse," Deer said in a statement. "As a result, she will need to go into a very short dry dock in Newcastle which means we have been left with no alternative but to cancel her next cruise which was due to depart from Rosyth on Monday."

Deer noted that Balmoral will resume service as scheduled on 11 September. He further stated that neither event is linked to the recent departure of chairman Fred. Olsen, Jnr.