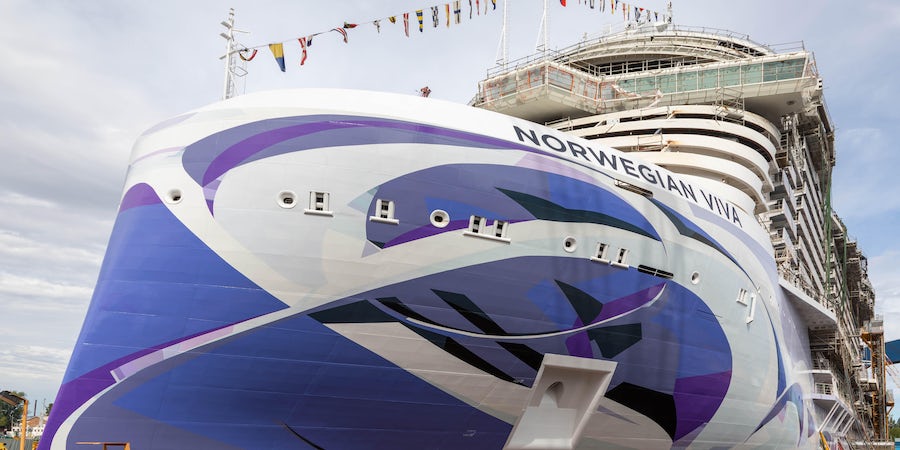 However, in a letter sent to booked passengers, Norwegian stated it was being forced to cancel sailings from July 3 to and including the August 17, 2023, departure aboard Norwegian Viva due to supply chain issues.

"Given the global supply chain constraints impacting industries worldwide, including the maritime industry, we must cancel Norwegian Viva's sailings from July 3, 2023 through and including August 17, 2023," a statement from Norwegian Cruise Line posted to the Cruise Critic message boards reads.

Norwegian Viva's debut voyage will now be a nine-day cruise departing on August 26, 2023 from Civitavecchia, Italy.

"We have repositioned Norwegian Getaway to take over Norwegian Viva’s canceled European voyages during this time," a Norwegian Cruise Line spokesperson told Cruise Critic over email. "Guests can rebook on Norwegian Getaway and receive a 20% discount of the voyage fare paid, or they can receive a full refund. Guests choosing either option will additionally receive a 10% discount that will be available as of August 22, 2022, and valid for sailings from Aug. 28, 2023 through December 31, 2024. We appreciate the understanding of our guests and travel partners."

"We were to be on the Viva on 3rd July 2023," writes clgaryguy. "This is the second time we are bumped off....first the Prima and now the Viva. We aren't having any luck getting on this class of ship."

"This is the second time our Europe cruise has been canceled in the last few months," writes Tomberly on the same post.

Norwegian isn't the only cruise line experiencing problems with supply chain issues affecting the construction of new ships. Ritz-Carlton recently delayed the debut of its luxury vessel, Evrima, for the eighth time, while Virgin Voyages shuttled the debut of its new Resilient Lady to next spring. The launch of other new ships, including Disney Wish, Seabourn Venture, and Wonder of the Seas, were also previously affected by supply chain constraints.