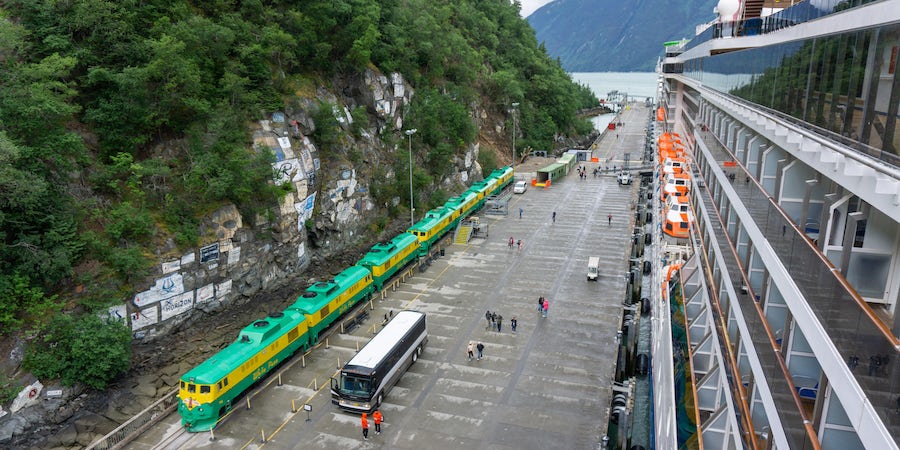 Skagway Rockslides Partially Close Pier: What You Need to Know

(Updated 10:20 a.m. EDT) -- A series of rockslides have rattled the popular Alaskan port of Skagway in the last few weeks, resulting in the partial closure of the Railroad Dock. The most recent slide took place on Friday, August 5.

Although no injuries have been reported, the magnitude and frequency of the rockslides have sparked fears that a more serious landslide could occur without warning.

Skagway Major Andrew Cremata has declared a state of emergency in response to the slides but told Cruise Critic in an email on August 8 that the Railroad Dock remains partially open for business.

"We expect that this will remain standard practice throughout the rest of the season."

In July, a geological assessment commissioned by the town and the White Pass & Yukon Route, which owns the dock itself, determined additional slides were possible. The forward berth of the Railroad Dock, nearest the town site, was closed at that time.

The Railroad Dock's aft berth remains open to ships. Ships scheduled to call on the forward berth, however, have had to make alternate plans.

Video footage posted on Cruise Critic's community boards, taken from Deck 8 of Norwegian Encore, showed a large cloud of dust at the forward berth of the dock, near the port's entrance.

User MarkNH, who posted the video while sailing onboard Norwegian, mentioned that the rockslide was contained by the wire netting put in place after the previous slide two days before. " All the passengers on the way back to the ship were safe but it was scary and everyone ran," writes MarkNH. "Police responded within a few minutes and the dock was closed temporarily. The dock was reopened before Encore's departure time and the last few passengers got to board via the dock."

Another user, dreaming cruisers, shared that Norwegian has updated their upcoming itinerary replacing Skagway with Icy Strait Point. The voyage departed on Sunday, August 7th from Seattle and is scheduled to arrive in Juneau two days later and to Icy Point on Wednesday, August 10th.

Some ships -- primarily those due to call on the affected forward Railroad Dock berth -- have been redeployed to different ports over the past weeks; a trend that is likely to continue for the remainder of the season.

The Railroad Dock dock is owned by White Pass & Yukon Route railroad. It is one of three primary docking locations for large cruise ships in Skagway. Ships due to call on the Broadway and Ore Docks are unaffected at this time.