You may also like
Dismiss
2019 Atlantic Hurricane Season Outlook: What Cruisers Need to Know
Hurricane Lorena in the Pacific Ocean Causes Cruise Ship Itinerary Changes
Coronavirus: Updated Cruise Ship Policies and Cancellations Because of COVID-19 (2021)
What Happens to Cruise Ships During the Pandemic's Hurricane Season?
Rolling Out the Deals: Why Now Might Be a Great Time to Book a Cruise
Royal Caribbean's Odyssey of The Seas Cruise Ship Officially Christened
These Ships Are Coming Back To The U.S. in 2022: Here’s Why You Should Care
Are Cruise Lines Increasing Gratuities in 2023?
Royal Caribbean Showcases New Icon of the Seas Cruise Ship with 'Making an Icon' Video Series
Just Back From Allure of The Seas' Maiden Galveston Sailing: Hits and Misses 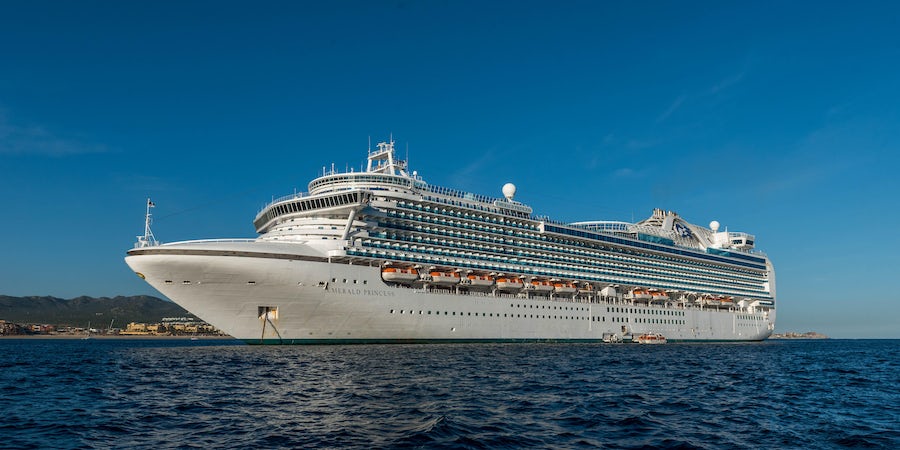 (3 p.m. EDT) – Princess Cruises will cruise next summer out of Los Angeles, ensuring that the cruise line will have a year-round presence from the Californian port.

The itineraries will debut between May and August 2023 with voyages ranging from five to 16 days to Mexico, Hawaii and the coast of California. The sailings are set to take place onboard the 3,080-passenger Emerald Princess.

Shorter itineraries on offer include the five-day West Coast Getaway featuring San Francisco and Ensenada, Mexico; and the five-day Cabo San Lucas Getaway, which features an overnight in Cabo San Lucas. These voyages are scheduled to depart on July 1 and May 27, respectively.

A couple of week-long itineraries have also been announced as part of Princess’ new summer season. The Mexican Riviera with La Paz voyage visits Baja California with stops in Cabo San Lucas, La Paz and Ensenada and is scheduled to depart on June 24 and June 29. The Classic California Coast itinerary, meanwhile, features an overnight in San Francisco with additional calls in San Diego and Ensenada, with departures scheduled for May 20, June 17 and July 22.

The Hawaiian Islands are set to be featured on a 16-day cruise with stops in Hilo, Honolulu, Lahaina in Maui, Nawiliwili in Kauai, and Ensenada. The Hawaii itinerary is scheduled to depart on May 4, June 1, July 6, and August 5.

To celebrate the introduction of these summer voyages, Princess will have a special launch-week offer with $1 deposits and $50 onboard credit per person.

West Coast Cruises on the Rise

Princess’ latest move reflects an ongoing trend, where more cruise ships are sailing out of West Coast ports, due to increased demand. Californian ports like Los Angeles, Long Beach, San Diego and San Francisco attract local cruisers from the most populous state in the U.S. as well as from neighboring Arizona and Nevada. These ports are also serviced by easily accessible airports with robust national and international connections, further increasing their appeal to cruisers.

Among West Coast ports, Los Angeles (aka San Pedro) leads the way with more than 200 sailings in 2022, the highest number since 2008 and one that’s sure to increase next year with Emerald Princess’ newly announced summer 2023 itineraries.

Princess has several ships already based in Los Angeles, including Discovery Princess, which debuted earlier in 2022; Crown Princess and Sapphire Princess.

The adjacent port of Long Beach also commands a strong cruise presence, with Carnival offering itineraries to the Mexican Riviera and Baja California on three different ships – Carnival Radiance, Carnival Miracle and Carnival Panorama. After undergoing a $200 million revamp, Radiance recently made Long Beach its homeport, from where it cruises regularly to Mexico.