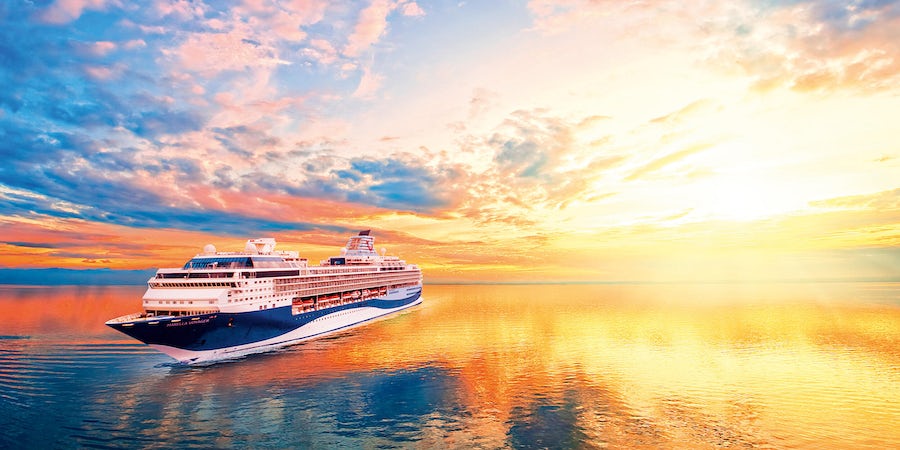 The 1,912-passenger Marella Voyager, which began life as Celebrity Mercury in 1997 and is currently sailing as Mein Schiff Herz, launches on June 3, 2023 as the fifth ship in the Marella Cruises fleet.

"We are bringing some new venues and that's quite exciting, reflecting what customers are asking for," said Chris Hackney, Managing Director, Cruise.

"We ask what sort of eateries customers are after and Mexican is one that comes up high on the list."

Marella Voyager Will Feature a Number of New Restaurants

The new restaurant -- Abuela's, which means grandmother's in Spanish, will be part of the all-inclusive offering. It will be adjacent to "Nonna's", an Italian restaurant popular across the fleet.

Silver Fork -- a for fee, upscale British dining venue, which will have "a twist on British favourites," Hackney said.

The Kitchens -- Instead of a classic buffet on many cruise ships, Marella Voyager will pioneer more of a food hall concept, with eight different areas featuring a pastry section, Pastry Crust; a carvery, Gravy Boat; an Asian-themed area and a dessert area called Cherry on Top.

"It's going to be very different from what we've done before," Hackney explained. "That will reflect more of the modern day food halls that you find in major cities."

The Platter -- this will feature cheeseboards, meat boards and vegetarian options and wine pairings. This will have a small fee.

"There are certain areas where we will have the eateries in a similar position to what we have on the Explorer ships, but it does create some different opportunities.

He added: "We've got the consistency, but we also have the new eateries as well."

The ship will have many of the fleet's popular dining venues including Kora La, Surf 'n' Turf and the main dining rooms, Vista and Latitude 53.

Marella Voyager Has Three New Bars, Including a Speakeasy

The Arts House -- so called because there is a section for arts and crafts in the day. Come evening, live singers and musicians take over entertainment duties. The Arts House replaces the Lounge Bar on the sister ships.

The Summer House -- Placed between Nonna's and Abuela's, this will be idea for a pre-dinner drink. It’s got an indoor space with retractable roof, plus an open-air area with top-notch views.

The Exchange -- This is a speakeasy-type bar with cocktails you can't find anywhere else on the ship and immersive entertainment. It's small, only holding around 40 people, and needs to be pre-booked.

Other entertainment will include Broadway-style shows and live music across the ship including bands and a pianist.

The ship will also have two Voyager Suites which will be themed in the popular destinations the ship visits, which will be St Lucia and Santorini.

Hackney confirmed that all the cabins would be refreshed as part of the overall refurbishment, which takes place in April 2023, when it leaves Tui Cruises.

Marella Voyager Will Be Based in Mallorca and Barbados

Marella Voyager will be based in Palma for summer 2023 offering Western Mediterranean itineraries and in Barbados for winter 2023/24, offering Caribbean cruises.

Marella Cruises Will Base a Ship in the U.S in 2023 and Another Ship in Singapore

As previously revealed, Marella Discovery will be based in Port Canaveral in summer 2023, offering cruises north to New York, where it will overnight; and to the Caribbean and New Orleans.

In October Marella Discovery will operate a 2-week itinerary to Canada -- the first time the line has operated there -- which call in at St John's, Halifax and Sydney, then Boston on the way back.

And for winter 2023/24 Marella Discovery will be based in Barbados, offering Caribbean itineraries.

And in another first for the line, Marella will base Marella Discovery 2 in Singapore, offering an overnight in Singapore and port calls in Thailand, Vietnam, Malaysia and Langkawi.