You may also like
Dismiss
The Majestic Line Set to be First Cruise Line to Restart Cruising in the UK
Marella Cruises Reveals New 2021/22 Itineraries to the US, Caribbean and Asia
Ships on the Move: Your Weekly Cruise Ship Round-Up
P&O Cruises Restarts Cruising For First Time in 15 Months on Britannia
Virgin Voyages Takes Delivery of Valiant Lady Cruise Ship, Resilient Lady "Floated Out"
Virgin Voyages Announces Pre-Summer 2022 Sailings From England on Valiant Lady
"Cruising With…" Set to Return Next Year -- But Without Jane McDonald
These Ships Are Coming Back To The U.S. in 2022: Here’s Why You Should Care
Royal Caribbean Hints At 7th Oasis-Class Cruise Ship 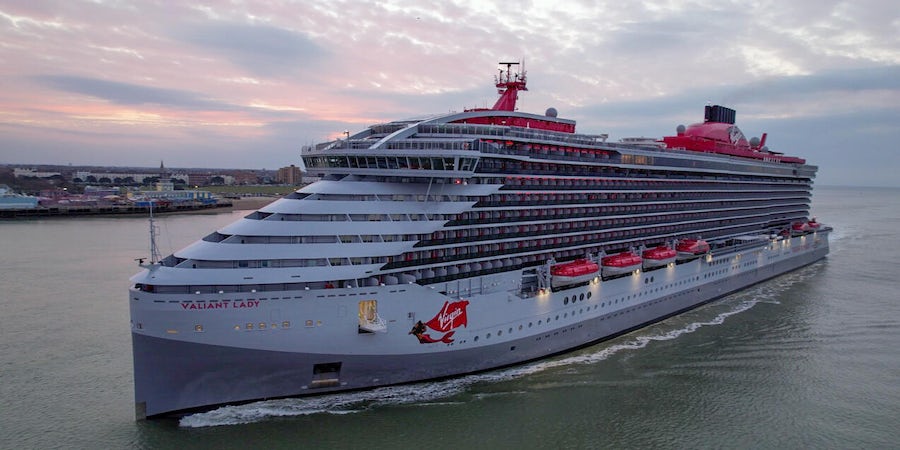 The 20-part series promises to provide an "unfiltered, energetic" glimpse into life onboard the adult-only cruise line launched in 2021 by Virgin Group founder Richard Branson and where passengers are known as sailors.

Narrated by Sheridan Smith, "The Cruise" was been filmed across the line's two 2,700-passenger ships Scarlet Lady and Valiant Lady as the vessels sailed to destinations including Bimini, Ibiza, Marseilles and Cannes. Along the way viewers will get to know officers and crew members such as Captain Giovanni Schiaffino and Selma, one of the line's RockStar agents whose role includes making sailors "feel like" Richard Branson.

Shane Riley, the vice president of international sales said: "We're so excited to give our U.K. fans a peek into life below deck. It's rare to see the inner-workings of a cruise ship or to follow the crew beyond sailors' time onboard. That's what makes this series so unique and fun to watch. The U.K. was the birthplace of the Virgin brand and has played such an integral role for Virgin Voyages. We've had tremendous positive feedback from our sailors in the U.K., and can't wait to show audiences what truly goes into delivering an epic experience at sea."

Both ships showcase features including Mega RockStar suites with guitars to play and an outdoor table to dance on, tattoo parlours and cabin balconies with hammocks.