You may also like
Dismiss
Coronavirus: Updated Cruise Ship Policies and Cancellations Because of COVID-19 (2021)
Just Back From Hurtigruten's Finnmarken: The First Cruise Ship to Set Sail, Post-Covid
MSC Cruises Pushes Back Restart Date for Second Ship in Med, Extends MSC Grandiosa's Season
Royal Caribbean's Anthem of the Seas Cruise Ship to be Based in Southampton in 2021
Allure of the Seas Cruise Ship to Make Oasis-Class Debut in Galveston
Norwegian Breakaway Cruise Ship Returns To New York: We Chat With NCL President Harry Sommer
NCL Reveals More Dining, Design Details on New Cruise Ships Norwegian Prima and Norwegian Viva
These Ships Are Coming Back To The U.S. in 2022: Here’s Why You Should Care
Royal Caribbean Starts Construction On New Utopia Of The Seas Cruise Ship
Just Back From Allure of The Seas' Maiden Galveston Sailing: Hits and Misses 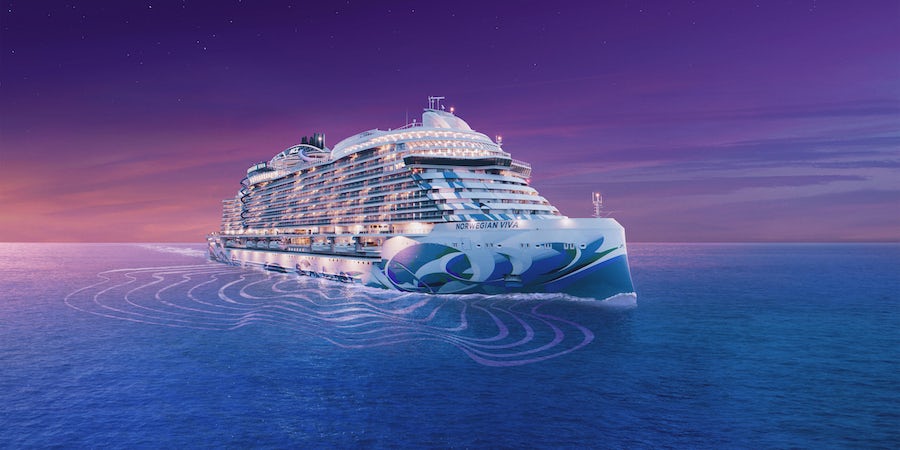 (10:45 a.m. EDT) – Norwegian Cruise Line has announced the 2023 debut of their second Prima-Class ship, Norwegian Viva, has been pushed back due to construction delays and global supply chain constraints.

The cancellation was revealed in a communication sent to passengers and travel partners booked onboard Norwegian Viva, and shared on Cruise Critic’s community forums.

"I am glad they cancelled before we booked flights," writes Alynna715. "This gives us plenty of time to book something else."

The 42,500-gross-ton vessel was slated to sail on its maiden voyage on June 15, 2023. Norwegian also informed that Norwegian Viva's second scheduled sailing, originally planned for June 24, 2023, has been canceled as well.

Norwegian Viva’s debut voyage will now take place on July 3, 2023, on a previously scheduled nine-day voyage from Trieste to Athens.

The two canceled sailings were originally nine-night Mediterranean voyages. The first was scheduled to sail from Lisbon to Rome, while the June 24 itinerary was another one-way journey from Rome to Trieste.

The 3,215-passenger vessel and its sister ship, Norwegian Prima, are currently under construction at Fincantieri’s shipyard in Marghera, Italy. Norwegian Prima is scheduled to debut in August.

Cruise Critic has reached out to Norwegian Cruise Line for comment and will update this article with more information as it becomes available.