You may also like
Dismiss
River Cruising in 2019: What Do Water Levels Look Like?
2019 Atlantic Hurricane Season Outlook: What Cruisers Need to Know
After the Storm: What Cruisers Should Know About the Bahamas and Hurricane Dorian
Just Back from Norwegian Encore: Hits & Misses from a Taster Cruise
Viking Expeditions Debuting in 2022 With Two Cruise Ships, Great Lakes Sailings
Royal Caribbean Group Names First Global Health Officer, Will Be Involved in Cruise Policies
What Happens to Cruise Ships During the Pandemic's Hurricane Season?
Just Back From Coral Discoverer: The First Cruise to Restart in Australia
Canada Changes Its Stance on Cruise; Provides Reassurance 2022 Will Sail As Planned
Live from Oasis of the Seas Test Cruise: Oasis is Back in New York 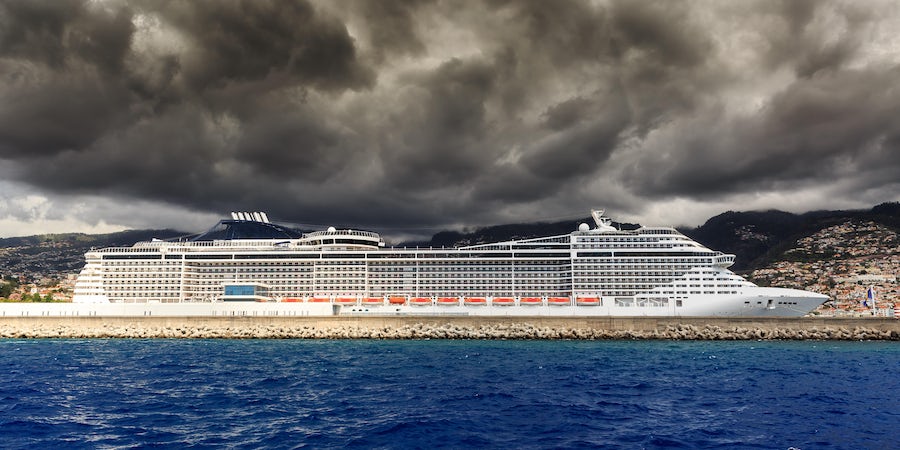 The 2022 Atlantic Hurricane Season is Here: What Cruisers Need to Know

The National Oceanic and Atmospheric Administration (NOAA) has warned that 2022 will be the seventh year in a row with above-average predictions, with a 65% chance of an above-normal season, a 25% chance of a near-normal season and a 10% chance of a below-normal season. The six-month Atlantic hurricane season ends on November 30.

NOAA attributes this season’s expected increased activity to several climate factors. These include the ongoing La Niña weather patterns that are likely to persist throughout the season, warmer-than-average sea surface temperatures in the Atlantic Ocean and Caribbean Sea, and weaker tropical Atlantic trade winds.

As the hurricane season arrives, cruise lines activate specific hurricane/tropical storm emergency response plans to navigate the six-month period. Cruise schedules and itineraries may well be impacted by storms, although cancellations tend to be rare because cruise lines will always deviate itineraries to avoid issues.

Carnival ambassador John Heald took to his Facebook page to publish a lengthy post on the cruise line’s preparedness and what passengers can expect.

"Although itinerary modifications happen from time to time, any decision to change an itinerary is always done with the interest of guest and crew safety. Hurricanes are as reliable as a blind yak and can suddenly change their tracks and so we wait, gather advice and see what we need to do, often within a day or so notice," Heald wrote.

The nascent 2022 Atlantic hurricane season has already produced its first system, developing near southeastern Mexico and Belize. NOAA Forecasts show a probability of 70-80% that this system will develop into a tropical depression or tropical storm in the coming days, and could approach Florida and the Bahamas.

Should it become the first storm of the season, it will be named Alex, as per the World Meteorological Organization’s alphabetical list of 2022 Atlantic tropical cyclone names.

Although hurricanes are generally unpredictable, conventional wisdom has dictated that peak season varies by geography. In the Eastern Caribbean and along the U.S. East Coast, the season tends to be busiest between mid-August and mid-September. In the Western Caribbean, it picks up in mid-September and stretches into early November. Early- and late-season hurricanes (June and mid- to late-November respectively) are rare but not unprecedented.

For more information on Atlantic hurricanes and how they affect cruise activity in the region, check out our guide to hurricane season cruising.